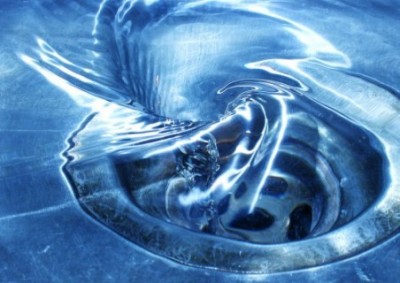 Forty Years, Down the Drain

It has never seemed fair to me… he was a faithful leader  for years—forty of them.  The people he led grumbled the whole way, blamed him for everything, and could have arrived where God was leading in around 11 days if they’d done it right. Still, Moses faithfully led the Israelites through dessert, seas parted miles high, a pursuing army ready to kill, and years of the very same food every day. He even prayed for these grumbling followers when God himself was ready to destroy them in His anger. Moses did more right, with a better attitude, than most of us could ever accomplish.  But in the end, he disobeyed God’s command to him and missed entering that promised land he had journeyed for.

All Moses had to do in Numbers, chapter 20, was speak to the rock and command it to bring forth water for the people and the cattle. But the weary Moses was understandably angry,  so he hit the rock twice and it sent forth gushing water. God answered him in verse 12, …”Because you did not trust in Me enough to honor me as holy in the sight of the Israelites, you will not bring this community into the land I gave them.” (NIV)

Anger wasn’t Moses’s problem, it was disobedience, bringing dishonor to God.  Making just one bad choice can have lasting consequences, and they often seem bigger  than the disobedience calls for.  This seems to us to be unfair, but it is truth and it is best learned in childhood. The idea isn’t always popular, but teaching our children about consequences is perhaps one of the greatest services we can do for them, as we all  find ourselves in the center of consequences sooner or later!

Yes, I want to say “unfair” on Moses’s behalf.  But instead, I hope to remember the lesson…In the end, Moses saw what he gave up in that moment of anger. Deuteronomy 34:4-5  Then the Lord said to him, “This is the land I promised on oath to Abraham, Isaac, and Jacob when I said, ‘I will give it to your descendants.’ I have let you see it with your eyes, but you will not cross over into it.” And Moses the servant of the Lord died there in Moab, as the Lord had said.  (NIV)

My husband Dan and I have three children and three grandchildren. We live in central Illinois. I am a graduate of The Institute of Children's Literature, a member of faithwriters.com, and a member of SCBWI. My writings have been published at chirstiandevotions.us, in DevotionMagazine, the PrairieWind Newsletter, and here at thebottomline.co.
Previous The Story of the Rose Parade’s Louis Zamperini
Next Maintaining A United Front