Breaking News
Home / Family / From Curiosity to Destruction: The Way of Sin 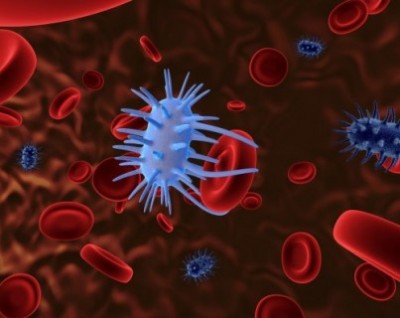 From Curiosity to Destruction: The Way of Sin

The story goes that an unwelcome visitor found central Illinois in the 1840’s in the form of cholera, one of the most deadly diseases of the time. It traveled on the ferry, arriving inside one very sick man. The  epidemic that ensued started with another man’s curiosity.   He knew little about cholera, except that it was easy to catch. He was likely unaware of its 50% death rate, but had probably seen the agony in its victims due to  the dehydration it brought prior to death.   Still, he wanted to see it for himself, to observe the sick and dying man on board that vessel. But his curiosity led to destruction, not only for him, but for   three of his own children, his beloved wife, and his best friend. While many were wise, and kept their distance, this man thought he could get close but not catch the disease himself.

This is the way of sin , offering satisfaction to a curiosity. We think we can get close without it effecting our life, or the lives of those we care about.  But soon, the symptoms show up. Everyone around can see the effects of our contact with sin. Like a disease, they show up in our  speech, body language, and behavior. Others close to us soon experience  changes due to our sin as well.

Like the curious man from long ago, we may even see for ourselves the destruction others experience from a particular sin, and yet we are drawn toward that very thing ourselves. But God’s Word reminds us of the far-reaching consequences of giving in to the curiosity of sin: The sin of this one man, Adam, caused death to be king over all, but all who will take God’s gift of forgiveness and acquittal are kings of life because of this one man, Jesus Christ. Romans 5:17 (Living Bible)

We must take sin and its consequences seriously. They can easily lead to our destruction. Still, Romans 5:17 does not leave us without hope, but with the “remedy” for our sin–Jesus Christ. This one Man brought life to us as surely as one man-Adam-brought death through his sin. How does the truth that Jesus brings life and forgiveness, that even after we sin it is not too late for us, impact your choices today?

My husband Dan and I have three children and three grandchildren. We live in central Illinois. I am a graduate of The Institute of Children's Literature, a member of faithwriters.com, and a member of SCBWI. My writings have been published at chirstiandevotions.us, in DevotionMagazine, the PrairieWind Newsletter, and here at thebottomline.co.
Previous The Passing of Gospel Singer Andrae Crouch
Next Finding Contentment In A Troubled World