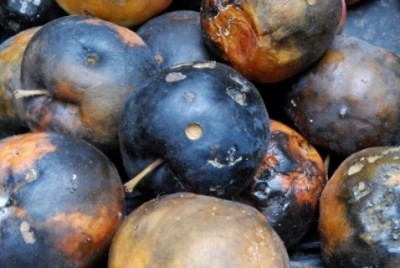 The world teens are growing up in has been flipped upside down. What was once called darkness, evil, and horrific is now presented as beautiful, wondrous, and magnificent. Images such as slit writs, splattered blood, and rectified bones are becoming glorified as if they are the most natural depiction of beauty. Although the switch did not happen overnight, the influence spiraled out of control through an international instant connection via the Internet.

Why is this something to even bring to your attention? It is important for you to recognize the delineation that has taken place since the beginning of time. There was a garden. A perfectly beauteous garden full of God’s splendors until one-day evil slithered into the garden and influenced its way into the world. What was once deemed exquisite and of delight became marred overnight. The image of perfection was no more.

Slowly overtime the influence and power of the Deceiver made his way speaking lies into the hearts and minds of people rendering and twisting the picture of beauty to be a distorted opposing reflection of God’s original splendor.

The idea of cutting yourself as a way to escape pain, murdering someone out of revenge, or believing a skinless face marred in gore is something to accept as pure and delightful or even enjoyable is so far from the truth. None of these are from God.

If you believe these lies, Satan has blinded you from knowing or seeing the truth. (2 Corinthians 4:4). He is in hopes of keeping your mind sided with his distorted reflection so that you may not recognize the truth behind his lies.

Images from the world of entertainment such as World of Warcraft, Gotham High, Anime, and several others are not a true anchor of beauty. Although your mind may be captivated by the fantastical ideas they bring, they are a warped portrait of God’s definition.

True beauty does not lie in the eye of the beholder as Plato once said.  The real definition of beauty lies within the eye of the Creator who made you in his image.  Look to Him to see how foolish Satan is to glorify the grotesque.

How has God been opening your eyes to recognize what beauty really is?

is an author and editor for The Bottom Line Ministries as well as a member of Faith Writers. Currently she teaches high school language arts. She is a mom to four amazing blessings and enjoys every moment life has to offer. Renee has a fervor and drive to learn, she loves to read and spend time with her family, and is involved with her local church ministries. Humbled by God’s gift of words, she has a passion to write what the Holy Spirit has placed in her heart. She hopes to publish her in-progress book someday, but in the meantime, is honored to be placed as part of the TBL writing family and is holding on to the ride wherever God is leading. Renee and her family reside in their country home in Holland, Iowa.
Previous The Longest Living People – Secrets Revealed
Next Teens: Rebellion is as Sinful as Witchcraft