Breaking News
Home / Faith / Your Tongue is a Deadly Weapon 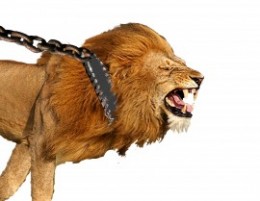 Hold back your anger.

Your Tongue is a Deadly Weapon

The book of James talks about how man has used his tongue to tame wild beasts and influence nations. He has taken over the world with his words, killed thousands, but also saved thousands. Though we have been able to tame just about every creature on earth, taming the tongue is impossible, (James 3:5-8).

The tongue is such a deadly weapon, and the wounds caused by a sharp tongue often last much longer than the wounds of battle, so we need to bridle our tongues, (James 1:26).

How often have you caught yourself saying something you regretted later? We often get into situations where we need to bite our tongue, and believe me, it may be well worth the pain. Mere words can destroy many things; it is important as a Christian to hold your tongue and carefully weigh your words. Anger swells and tempers flare, which is why it is so important to learn to control your emotions, your fleshy tendencies that come with being born into this world of sin. Think before you speak, and don’t speak out of anger, because then you will be blinded to the true harm you unleash, (Proverbs 16:32).

Overcoming the world is not denying that we have desires and temptations to contend with, it’s living in this world and not allowing those tendencies to get the better of us. The fight between Spirit and Flesh is an ongoing battle we will face every day of our lives. We must bring our bodies under subjection to our spirits because it is our spirits that will live on into eternity.

As Christians we can reach a kind of enlightenment if we can overcome our fleshy tendencies and learn to keep our desires from getting the better of us. Living alongside sinners and nonbelievers without arrogance, humbling ourselves and admitting when we’re wrong, putting others’ needs before our own, and treating everyone as if they are more important than ourselves, is a stronger witness than telling people about Jesus and how He died and what He died for. Living the life Jesus teaches us is more important than words formed on that little deceitful member we call the tongue. When we practice putting others before ourselves and learn to hold our tongue, our witness has credibility. If we never lash out in anger, but master the biting of the tongue and serve others rather than forcing them to see things our way, we will find many more chances for God to work and our witness to grow.

In this age of political correctness and employers frowning upon open witnessing, it makes it a little difficult for us to speak of salvation and the power we gain from God, but there are ways around this, and chief among them is that our lives need to be a witness in-and-of themselves. If the subject of Christ comes up in a discussion, or maybe a client brings up the subject, then we are permitted to share our spiritual knowledge. Witnessing with our everyday living is the best form of sharing we can do, but if God brings us someone to share our knowledge with, then should we take action; that’s God giving us the go-ahead, and it is politically correct as well.

Actions speak louder than words, and even Jesus tells us to witness only to those whom God sends us, not once did Christ go out and find people to witness to, they came to Him, (John 6:44).

What part does man’s witness play in God’s divine plan?

Tim is a self-published author. His genre is Christian Fantasy- he loves the challenge of trying to combine Christian and Fantasy into a novel that loses none of it's spiritual value. Tim has been an active member in every Church he has attended. He has served as Head Usher, a Sunday School Teacher, and a Youth Director, and has also served as a Church Elder. Tim's prayer is that the Holy Spirit will minister through his words, and that his experiences and knowledge will be helpful to someone out there who needs a true friend like what we have in Christ Jesus.
Previous No Good Ending?
Next Not the Farmer’s Fault