Breaking News
Home / Family / Praying in the Present for the Future 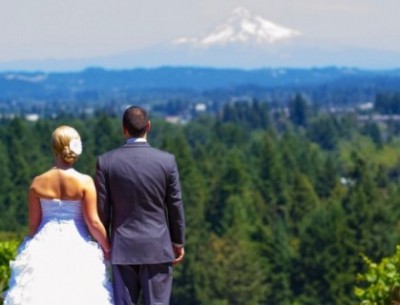 Praying in the Present for the Future

Over the years I have attended multiple eye catching, visually pleasing, delicious eating wedding receptions all ranging from a causal buffet style to a live 10-man band, yet only one reception has given me a realistic glimpse into an answered prayer of a parent’s heart.

Ever since their daughter was an infant, the parent’s of the bride to be had been praying for her future husband that he would know and meet the desire of their daughter’s heart. Someone who would become a true helpmate, would yoke equally on terms, and would love their child inside and out, and on that precious wedding day, their prayers were answered when she was walked down the aisle and given away by her dad.

Although I had heard of the idea of praying for the future spouse of your children, for some reason it never really registered in my mind what that met until that day.

From that point on, I truly recognized the importance of praying for my children’s future spouse.  That night I went home and began to pray for my daughters and their future husbands. It is almost 10 years later and I not only get to pray for future husbands, but future wives as well.

I encourage you as a parent to pray for your children’s future helpmate. It is never too late to start praying. God’s word references several times over how one should pray:

Matthew 21:22 “If you believe, you will receive whatever you ask for in prayer.”

Mark 11:24 ”Therefore I tell you, whatever you ask in prayer, believe that you have received it, and it will be yours.

Also know that by praying scripture over your child, you are also asking God to hear your heart. For my girls, I pray that their future husbands would be courageous and righteous men of God who truly love the Lord and will treat her as Jesus treats the church. I pray that he would be a helpmate for her especially when it comes to the daily work, and that Christ would be the center of their life and marriage. For my boys, I pray that their future wife would be a Proverb’s 31 woman who not only loves, but also respects her husband. I pray that she would help him to overcome his weaknesses and that she would be beautiful both inside and out.

Although these prayers may seem simple, they are the future lives of my children’s, and knowing that God calls us to ask and not doubt is a struggle, but I also know that nothing is impossible with him. I want to encourage you to begin praying for your own children’s future. After all, “…children are a heritage from the LORD, the fruit of the womb a reward”. (Psalm 127:3) Why not keep the heritage alive by praying for your child’s future?

is an author and editor for The Bottom Line Ministries as well as a member of Faith Writers. Currently she teaches high school language arts. She is a mom to four amazing blessings and enjoys every moment life has to offer. Renee has a fervor and drive to learn, she loves to read and spend time with her family, and is involved with her local church ministries. Humbled by God’s gift of words, she has a passion to write what the Holy Spirit has placed in her heart. She hopes to publish her in-progress book someday, but in the meantime, is honored to be placed as part of the TBL writing family and is holding on to the ride wherever God is leading. Renee and her family reside in their country home in Holland, Iowa.
Previous Praying Effectively
Next Defeat Evil!