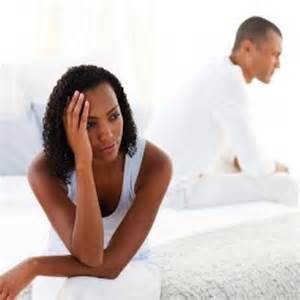 The Wedge of Pride

Has your spouse ever done something so incredibly stupid (by your standards), that you simply couldn’t believe what he or she might have been thinking in the first place? Yeah, that would be this guy here. Outside of the love of our Lord, I am a truly wretched man. I’m selfish, lack compassion, greedy, and downright ornery. Knowing these poor qualities exist within my nature, you’d think I would be open to constructive criticism from my wife. You’d assume wrong. Pride is one of the devil’s tools, in our fallen world. You see, even when I’ve done wrong, and I know full well that I’ve done wrong, I’ll still harbor an attitude when confronted with my sin. Proverbs 16:18 says,

“Pride goes before destruction and haughtiness before a fall.”

Scripture tells me that pride will ultimately lead to my downfall. Yet, even in the knowledge of this powerful scripture, my sinful pride sometimes causes me to argue with my wife, knowing she is right and I am wrong. Oh wretched man, that I am!

Ephesians 4:26 says, “In your anger do not sin; do not let the sun go down while you are still angry.”

That’s a difficult scripture to abide by, when you’re mad enough to breathe fire at your spouse. But we have to consider the motives of the enemy. Satan wants man and wife at odds, because God created us to work together. When we harbor anger toward our spouse, we’re doing exactly what the enemy wants us to do. We’re dwelling outside the will of God.

I had a tough time swallowing my pride and apologizing to my wife, for my stupidity, when I first realized the implications of holding onto anger. My flesh rebelled, but the Holy Spirit within me directed my steps. In a past life, I was used to avoiding my wife for days, after an argument. Eventually, we would cautiously resume speaking; the subject of strife never discussed. That’s no way for a healthy marriage to survive. But, after making the decision to follow the word, I learned that admission, repentance and apology went a long way toward building a brand new relationship with her.

Now, I still fall short; like the time (this past spring) when I went out and purchased $130 worth of softball gear, without discussing it with her. But, we talked it out and I apologized. That night, we were able to sleep alongside one another, instead of apart. That’s how marriages should be. You work out your differences, drop your pride and remain committed to the marriage, no matter what. Recognize your part played in a disagreement. Admit it; turn from it; move on together. That’s how your marriage survives the enemy’s attacks. That’s how your marriage staves off self-destruction.