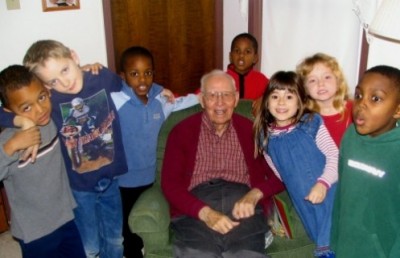 Let’s face it, at one time or an other we have all been disappointed by the behavior of a person who claimed to be a Christian.  Most people have fairly high expectations of Christians or Christ-followers.  I mean, God did call them royalty, saints, and heirs of a heavenly kingdom. One would have to be pretty good to receive that type of reward.  Right?  It just seems fitting to think that anyone who aligns themselves with a perfect God would have to be perfect themselves.  Wrong!  (Hebrews 10:10)  Anyone who aligns themselves with our great God can do so only because of Jesus’ work of salvation on the cross of Calvary.  Jesus served the death penalty that mankind still deserves, then freely offered the redeeming outcome of His sacrifice to anyone who would embrace it for themselves.  Because Jesus paid the price for man’s sin, God sees His perfect Son when He looks at one of His children.

So how does all this fit in with the disappointment that we occasionally, or maybe frequently, encounter from an interaction with a Christian?

Well, I see it this way.  Mr. Smith has numerous children.  He loves all his children, partly because they are such unique individuals.  Even though they have their father’s blood and genes, they are each their own person with their own talents, skill sets, and styles of dress (which might not be Mr. Smith’s choice for them).  They each have their own interests and thoughts about life.  Mr. Smith wrote out his expectations for his family giving them a road map to success.  But as Mr. Smith’s children headed out into the world, He had to let them make their own choices.  Some filled him with pride.  Some had troubles but always returned to him for support or rescue.  Some did not represent him well at all.  These last few caused others to form a negative opinion of Mr. Smith and the rest of his family.  Mr. Smith continued to love all his children and trusted, that given enough time, they would understand and choose his better way.

God’s family is similar to Mr. Smith’s.  When a Christ-followers causes you disappointment, it’s important to realize that each person is an individual making his or her own poor choices while still bearing the “father’s” name (Ephesians 4:30).   God’s children (Christians) can sometimes give their holy, Heavenly Father a negative blot in the mind of others not acquainted with Him personally.  This omniscient Father gives grace and forgiveness to cover their shortfall…especially when one asks for it (1 John 1:9).  He offers grace to all who will accept it – even to the offended one.

If you have been offended by Christians, make sure that you don’t blame Father God for the poor choices of His children.  The day may come when you will be misunderstood because of the wrong actions of someone.  Remember, it is Jesus who is perfect and all the rest of God’s children are covered by His love and grace.

I just love walking outdoors - day or night. I identify most with the creative side of God and am energized by His artistry all around this world. He amazes me every time I turn around! Yeah, God and thank you, Jesus.
Previous Back Talk
Next The Wedge of Pride