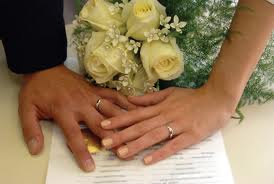 What about Purity? Part 2

In Part 1, we examined the issue of purity from the worldly perspective through an article by Jill Filipovic in the British daily paper The Guardian.  In said article, Ms. Flilipovic begins by saying, “having sex before marriage is the best choice for nearly everyone.”

And leaves us with this thought, “My point isn’t that everyone should have sex before marriage – people should determine for themselves when they are ready to have sex. For the vast majority of people, that’s going to be before they’re married. Making that choice isn’t a moral failing. On the contrary, it’s often a great, healthy, overwhelmingly positive choice. Whenever you choose to have sex, the cultural message that waiting until marriage is the best choice is simply wrong. And it’s wrong for almost everyone.”  http://www.theguardian.com/commentisfree/2012/sep/24/moral-case-for-sex-before-marriage

Some of the benefits of abstinence are obvious and widely touted – 100% effective birth control, 0% chance of contracting a sexually transmitted disease.  Both things are true, but deceptive in a way, as if pregnancy and contracting an STD were the only concerns, but they are not and probably not the worst either.  Although not trivial by any means, having a baby (even out of wedlock) many times (maybe even most) is a blessing.  A surprise baby has saved the life of many a teenage girl bent on destruction.  It wouldn’t be the first time God used a baby to save lives.  An STD is a definitely a serious consequence of sexually activity, but the real harm is more than skin deep.

Teens and young adults are not emotionally equipped to deal with all that comes with a sexual relationship.  There is a misconception that sex equals emotional intimacy.  Sexual intimacy should be the result of emotional intimacy.  Movies abound with story lines of couples who fall into bed with one another and wake up “in love”, but that’s not how it goes.  At all.  It’s nearly impossible to get away from this message.  At the very least, parents should, when we see this, take the opportunity to dispute this picture, to say, “that’s not how it works.”

Opponents of abstinence contend that those who favor it are the reason teens (or anyone) feel soiled by having sex before marriage.  The Bible says that God has written His law on our hearts.  “’This is the covenant I will make with the people of Israel after that time,’ declares the LORD. ‘I will put my law in their minds and write it on their hearts. I will be their God, and they will be my people’” (Jeremiah 31:33).  The Bible speaks extensively about sexual immorality.  This is why Satan, the author of all evil has lead so many astray in this area.

Many of the articles I read in my research that advocated abstinence advised the practice until a committed relationship, engagement or marriage. Advice to wait until the relationship is on solid ground seems to imply that sex before that may end badly.

All of this raises some serious questions; none of which are getting answered by people like Flipovic.  If sex is really “the best choice for almost everyone,” why such a debate?  If it is, as she states, as natural as breathing and everyone can benefit from it, why not engage in sex as soon as you are able?  What age would that be – thirteen, fourteen, fifteen?  Why not ten or eleven?  You see the cliff we are approaching?  If it makes you as happy as she says (as happy as an extra $50,000 in the bank) why not have it as often as you can with as many people as you can?

Ah, the dilemma.  I would venture to say even opponents of abstinence would be shocked by such behavior.  Why?  Because we know that this practice will be life changing and soul crushing, leaving devastation in its wake and people feeling soiled and used and tainted.  Not because of external forces, like the church or friends, but because God’s law written on our hearts (our conscious) would condemn us.

The good news is. “If our hearts condemn us, we know that God is greater than our hearts, and he knows everything” (1 John 3:20).   In Revelation John wrote, “He who was seated on the throne said, ‘I am making everything new!’ Then he said, ‘Write this down, for these words are trustworthy and true.’”  He is able to make you whole again, a spiritual virgin, taking away all your shame.  It’s never too late to start again.  “As far as the east is from the west, so far has he removed our transgressions from us” (Psalm 103:12).