Breaking News
Home / Family / Whatever Happened to the Sons of Moses? 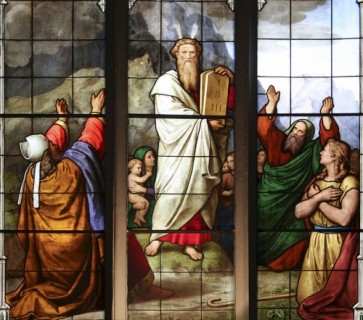 Whatever Happened to the Sons of Moses?

What exactly did the sons of towering figures in Jewish and Christian history accomplish for themselves? I find this fascinating as in today’s media-saturated world (where we are always seeking the next celebrity) it seems that just being an offspring of someone famous means that you are “worthy” and are likewise famous.  For example, I looked at JFK Jr. while he was alive.   He really had not accomplished anything very significant but yet he was one of the most famous and admired men in the country, if not the world.  Just because of who his father was.  Did the same kind of “easy fame/ power” exist in Biblical times?

A great example of this is Moses- arguably the most important single figure in the Old Testament.  Moses accomplished so much, and was essentially the king and savior of an entire nation.  Moses was very holy and had a special relationship with God.  Was he married?  Did he have children?  The Bible speaks very little about this fact.  Yes, he was married.  And he had two sons-  Gershom and Eliezer.  But, from the Books of the Bible, it appears that these two men did not in any way follow in their father’s footsteps.  They were insignificant to the young Hebrew nation.  God chose Joshua, not Moses’ sons, to become the new leader of His people.

Noah is another classic patriarch. A very special man, who had three sons.  From what we can gather, although these sons were “good enough” to survive the Flood and meet God’s approval at that time, there is nothing else written about the righteous deeds of any of them.

One example which is a bit more complicated is that of the line of Abraham. Of course Abraham is the “father” of Judaism, Christianity, and Islam.  God promised to build from Abraham’s son and descendents a new nation, and clearly Abraham was tested often and was a truly holy man.

Did Isaac, the promised son born to a barren wife, live up to his “calling”? Other than a couple of short examples given, the Bible does not talk much about the life and accomplishments of Isaac.  We are led to believe that his most significant contribution was continuing this bloodline to Jacob.

Much is written about the life of Jacob, including of course how he lied and manipulated his way into getting his father’s blessing. We also see a few examples of how for much of Jacob’s life he was reliant upon himself, and not God.  Jacob, though, was instrumental in having 12 sons which would then become the 12 tribes of Israel.  Of these 12, most were following in their father’s footsteps.  Except for Joseph, for whom many wonderful stories of faith and devotion are detailed in the Bible.  I think Joseph was easily most similar to his great-grandfather Abraham, and Isaac and Jacob were merely a means of continuing this important family.

The last example in the Old Testament would be King Saul, the first king of Israel. God chose another young man (David) to replace Saul as king, instead of Saul’s son.  This is a clear case of the right man for the job not being the offspring (especially in a monarchy).

What of the key figures in the New Testament? From what I have researched, nothing is mentioned about any potential son of Peter, Paul, John the Baptist, John the Apostle, and so forth.  It is believed that Peter likely had children, but nothing is said of his children or what they did- even after Peter was crucified.  It is unclear whether John the Baptist or Paul had any children.  But if they did, and they were (likewise) leaders in this new Church, they would have been mentioned by the Apostle John- who wrote many of his Books in the late first century.

I do conclude that God only uses men that wish to be used for His glory.  It does not matter who your father or mother is.  I believe that was the same in Biblical times as it is today.  We are to live our own lives, whether we have good and holy parental influences or not.  We will be judged as our own people, not as the child of someone else.

Ken Lambert, D.Min, lives with his wife and twin boys in southern New Hampshire, and has written for a variety of religious and secular publications. He is co-author of Top Ten Most Influential Christians- since the Apostles, and is an adjunct instructor for Agape Seminary (Church History, Wisdom Books).
Previous Veteran’s Day: Service From A Mom’s Perspective
Next Peeling Back The Pain