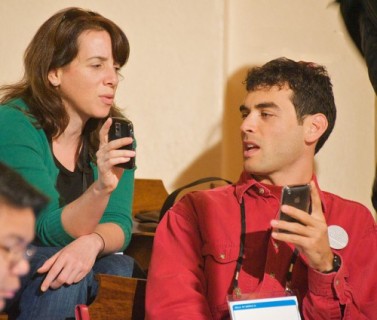 Where is the Teenage/ Millennial Work Ethic?

A constant complaint I hear (and sometimes administer) is that the work ethic of the “younger generation” is terrible and anemic.  It may sound like I’m an “old fogie”, but at 40 years old I don’t quite consider myself as part of the elderly.

(Disclaimer:  I realize that not all millennials have a poor work ethic, but this article is focusing on what I would deem as the majority, or at least a strong minority, of that population.)

First and foremost, a definition.  Who are the “millennials”?  They are the main subjects of this oft-heard gripe and perception.  Millennials (sometimes referred to as Generation Y) are loosely defined as anyone born between 1980 and 2002.  Today that would make their age range from 12-34, with the bulk between 16 and 28.  For the purposes of this article, we will focus on this 16-28 group.

Overall the millennial population numbers approximately 80 million, which equates to 25% of the entire U.S.  Many are in high school or college, with many as well in the workforce.

From a personal standpoint, I have been trying to hire a 15-17 year old local kid to mow my lawn for nearly 10 years.  Thus far, I have been mostly unsuccessful.  The only exception to that was about 5 years ago when for half a summer I found a 14 year old girl that was willing to do it.  No teenage boys have been willing to undertake the task.  This is a task (lawnmowing and general yardwork) that I spent much of my high school career doing.  I probably worked for close to 10 different neighbors/people in my town- mowing their lawn on a regular basis.

From a business prospective, the problem goes far deeper.  I am in the construction industry and it is a well-known fact that the “20-somethings” are generally not coming to the trades and the ones that are have a very meager work ethic and desire.   For the trades, this is a huge problem.  Who will be the plumbers and carpenters and welders in 10 years?  This work will still have to be done- by someone.

The concern is a broader societal one.  It naturally reverts back to the question: “Who is guiding these young people?  Who is instilling values and ethics into them?”.   Generally speaking, the following are the main sources of guidance for any teenager/ college student:

Let’s take a closer look at each one of these, and see what has been trending over the past couple of decades.

How do we reverse this or improve the situation?  It will involve ALL of the above guiding lights, in a cumulative and lengthy effort.  It took a couple of decades for this change in work values to happen, and it will take that long to return it to “normal”.  Our American future depends on it.

Ken Lambert, D.Min, lives with his wife and twin boys in southern New Hampshire, and has written for a variety of religious and secular publications. He is co-author of Top Ten Most Influential Christians- since the Apostles, and is an adjunct instructor for Agape Seminary (Church History, Wisdom Books).
Previous Where’s The Common Ground?
Next A Pineful Perspective