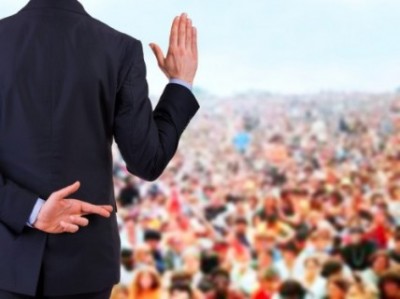 The responsibilities of making a living and effectively managing family leaves us little time for in depth research into what our elected officials are up to. Being a politically interested person, I try to stay informed as best I can. What I find is that I am becoming increasingly more intolerant of the current political nonsense. Deception, self-serving political posturing, disingenuous concern used to promote ideological agendas, and video revelations, are the rule of the day. We are hard pressed to find those capable of looking at an issue objectively.

We the ‘working class’  are too busy trying to make a living to monitor all of the antics going on in Washington. We trust the government (and the media) to do their job. Much like we entrust our lives to pilots and surgeons, we entrust our elected officials with the responsibility of protecting our liberties and livelihood.

If a pilot, surgeon, or service worker is negligent they are – and should be, held accountable. They have been trained in their field and most have been licensed to validate their qualifications. We do not ask to inspect the plane before we board or the operating room before we are taken in for a procedure. We believe trust.

We (some of us anyway), vote for our public servants. With perhaps the exception of judges, there are no minimum requirements to serve in an elected office. We select these men and women based on campaign slogans and political rhetoric. They are there because they have been elected to represent us and to protect our liberties.

They do not have to prove qualifications or get licensed. The only requirement for them is to vow to support and defend the Constitution and our Republic. That is it. Our Constitution is not a ‘living, breathing document.’ It is the document that made America the great nation that it has been for over 200 years.

With the passage of time, of course, it becomes necessary to eliminate obsolete laws and implement new ones as new issues arise. The issues facing our founding fathers are quite different from those facing us today. However, the basic system of government – three branches with equal powers and their respective and collective responsibilities are not laws that are culturally motivated.

Though the government is a necessary evil, ours is the best system on the planet. What we need are public servants who honor the vows they recited when they took office. Each branch of government has its respective oath and responsibilities. Effective politicians work together for the good of the nation. Not a single elected official raised their hand to take the oath of office in order to ‘fundamentally transform’ our country. Fundamentally, we are just fine.

Matthew 5:33 You know that God expects us to abide by the oaths we swear and the promises we make. The Voice (VOICE)

God has placed those in positions of authority. It is our responsibility to hold them accountable to honor their commitment to protect and defend the Constitution of these United States against all enemies both foreign and domestic.

Melinda is currently the worship leader at her small church in rural America. Married for 23 years, she and her husband Larry have one son. She is the Director of Mailing in the print/mailing industry by day and freelance author by night. Her desire to write is a passion borne from tragedy. God used it to take her faith to a much deeper level. Melinda is a freelance writer and member of FaithWriters. She joined the TBL team in March 2014. Believing we are citizens of a greater ‘kingdom,’ her articles for The Bottom Line examine governmental responsibility, citizen involvement and current political topics. With the great wisdom contained in scripture as her guide, she looks at today’s political environment from a Biblical perspective. She prays her words will prompt the reader to view citizenship - and every aspect of their life, through the eyes of faith. Col 3:17 To read more of Melinda’s writings on her faith, hope, and life visit her blog Still Living Still Loving or her page at Faithwriters.com. You can also follow her on Twitter @MKZbk.
@@MKBzk
Previous Our Hope: Let My People Go
Next 3 Barriers to Deliverance Ministry