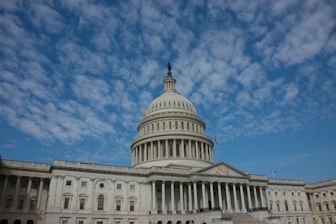 “To protect the separation of powers in the Constitution of the United States by ensuring that the President takes care that the laws be faithfully executed, and for other purposes.”

It is a shame that it is necessary for such a bill to be introduced at all. However, the framers of our Constitution clearly defined the powers that each of the three branches of government hold. Recently, Representative Trey Gowdy addressed the members of the House to remind them of their duty to us the citizens they represent. His speech is non-partisan. It is not filled with animosity nor vitriol. One can, however, hear his frustration with the members as he speaks regarding their unwillingness to perform all of the duties for which they were elected.

It is our duty as citizens to be aware of what our government is doing. The House of Representatives, aka – ‘the People’s House’ is there to work for us. We, as their bosses, need to ensure that they are performing a duty for which they were elected. They make law. Whether or not we are ‘interested’ in politics, we should care whether or not our public servants are doing their job.

With punitive measures as the only avenue to pursue, when a government official is not faithfully executing their oath of office, partisan politics can get out of control. But our representatives do indeed have a responsibility to ensure that every branch of our government performs their duties – according to the law that Congress (we the people) have passed.

Legal language can sometimes be like reading a foreign language. It may even at times be intentionally misleading. Watch Rep. Gowdy addresses his fellow members of the House of Representatives, defending in layman’s terms, House Bill 4138.

As ‘God’s representatives’ we acknowledge that God is our Supreme Lawmaker. We, like those in Congress, need to understand our role as His representative to those in the world. Our responsibility is to communicate the gospel clearly, not attempt to make or re-write His laws – nor to execute judgment on those who violate them. We are to introduce Jesus to those who do not know Him. Without judgment or the use Christianeze, our duty is to (in all things) support His cause and communicate His love to others.

1 Corinthians 14: 39-40 The Voice (VOICE) 39 So, my dear brothers and sisters, passionately desire to prophesy; but don’t ban the gift of speaking in unknown languages. 40 Just maintain the proper order in all things.

Melinda is currently the worship leader at her small church in rural America. Married for 23 years, she and her husband Larry have one son. She is the Director of Mailing in the print/mailing industry by day and freelance author by night. Her desire to write is a passion borne from tragedy. God used it to take her faith to a much deeper level. Melinda is a freelance writer and member of FaithWriters. She joined the TBL team in March 2014. Believing we are citizens of a greater ‘kingdom,’ her articles for The Bottom Line examine governmental responsibility, citizen involvement and current political topics. With the great wisdom contained in scripture as her guide, she looks at today’s political environment from a Biblical perspective. She prays her words will prompt the reader to view citizenship - and every aspect of their life, through the eyes of faith. Col 3:17 To read more of Melinda’s writings on her faith, hope, and life visit her blog Still Living Still Loving or her page at Faithwriters.com. You can also follow her on Twitter @MKZbk.
@@MKBzk
Previous True North
Next Moving with a Purpose: A Key to Reaching the Lost