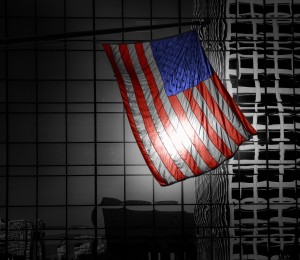 The American people are skeptical about the integrity of their politicians–those hired or appointed to serve them. This skepticism exists on both sides of the political aisle. There are legitimate reasons to be suspicious.

There will always be differing opinions on what the “right” decision may be. Absent a major move of the Holy Spirit that unifies this nation, it will continue to have deep ideological divisions. Unfortunately, there is an increasing number of people who are, or have become, insensitive to the Spirit.

One may be able to find a few honorable public officials who look beyond their differences. They are the ones who make a genuine effort to find common ground without forsaking common sense and their Constitutional duty. Today however, we have a growing integrity problem. Our expectation of integrity is what demands government accountability. Lack of integrity is not a new problem in the political arena but it is now becoming the norm.

The decline into moral relativism could destroy our hope that integrity in office will survive–if we allow it. There are politicians committing everything from personal indiscretions (at best) to outright corruption in office. Today, any efforts to hold our public officials accountable is met with disdain. Those seeking to adhere to the rule of law, or who expect transparency in office, are demonized and accused of “playing politics.” The game of “gotcha” does indeed go on in politics. Still it does not erase the need for awareness and the exposure of wrongdoing. One must also acknowledge that an investigation into every alleged scandal that has made its way into the newsreel is unreasonable.

This nation can survive personal indiscretions. It can survive corrupt politicians. It cannot, however, survive if there are no courageous people who will defend this country and the Constitution. It will not survive if our government “of the people, by the people, and for the people,” morphs into a government of deceptive, elitist politicians who are slowly usurping control over our lives. We cannot stay silent if they tell us their questionable behavior is none of our concern and that we should just shut up and do what they say.

Where do we draw the line between respect for authority and courageous accountability?Does God ever call us to rebellion against government officials?

Melinda is currently the worship leader at her small church in rural America. Married for 23 years, she and her husband Larry have one son. She is the Director of Mailing in the print/mailing industry by day and freelance author by night. Her desire to write is a passion borne from tragedy. God used it to take her faith to a much deeper level. Melinda is a freelance writer and member of FaithWriters. She joined the TBL team in March 2014. Believing we are citizens of a greater ‘kingdom,’ her articles for The Bottom Line examine governmental responsibility, citizen involvement and current political topics. With the great wisdom contained in scripture as her guide, she looks at today’s political environment from a Biblical perspective. She prays her words will prompt the reader to view citizenship - and every aspect of their life, through the eyes of faith. Col 3:17 To read more of Melinda’s writings on her faith, hope, and life visit her blog Still Living Still Loving or her page at Faithwriters.com. You can also follow her on Twitter @MKZbk.
@@MKBzk
Previous Exposing the Spirit of Infirmity
Next I Don’t Deserve To Go To Heaven, How About You?