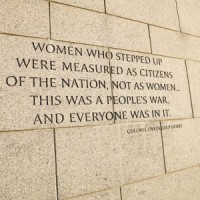 Does Integrity Matter in the Oval Office?

Even as news was breaking regarding the newly disclosed emails of our former Secretary of State, Hillary Clinton walked onto the stage at the EMILY’S List Gala.

The news reports were explosive dark clouds of suspicion descending on the presumed fulfillment of her “Madam President” campaign launched in 2013. Even as the Clinton campaign’s bright hope for the future was beginning to dim, Ms. Clinton addressed members in attendance.

I was curious. I had heard of Angie and the list she maintains. But what is this EMILY’S List organization and what are the items on her list? I wanted to know.

My Google search returned a one-line mission: “We elect pro-choice Democratic women to office.” The mission statement is followed by a more detailed description of their vision. It is pregnant with words like progressive, change, women in leadership, democratic, and the most important requirement–pro-choice.

We hear claims of the alleged “war on women,” but it appears EMILY’S List members are waging a war of their own. In addition to waging war on male leadership, they battle women seeking office that do not support their “progressive” agenda. Their most sacred agenda being the unrestricted right of a woman to kill her unborn human baby. It is a war on innocent and defenseless future leaders both women and men yet to be born.

I dare to call it what it is for two reasons:

“EMILY” references the Anazalone Liszt Grove Research 2013 poll which claims voters in battleground states are ready to elect a woman president. Some women have, indeed, proven themselves to be strong, effective leaders with integrity capable of making decisions that bring about positive results. Of course they would be ready if a woman occupied the Oval Office.

DictionaryOne.com defines integrity as “moral soundness; honesty; freedom from corrupting influence or motive; used especially with reference to the fulfillment of contracts, the discharge of agencies, trusts, and the like.”

Not until days later did Ms. Clinton address the looming questions.

America would surely welcome a legitimate explanation as to why our Secretary of State did not use secure government email or submit hard copies of those emails from her private account (as required by law.) Instead, she provides an Oz-like,“Pay no attention to the email server behind the Clinton walls,” attitude.

Not all progressive change is for the better. EMILY’S List members seek to elect exclusively Democratic, pro-choice women to office. Why not list integrity as a requirement of the leadership they envision as well?

We find in 1 Samuel 8 the result of demanding a particular type of leadership and having the desire to “be like other nations.”

Are you a one-issue voter? Does integrity really matter anymore? What are your prerequisites of a candidate seeking your vote?

Melinda is currently the worship leader at her small church in rural America. Married for 23 years, she and her husband Larry have one son. She is the Director of Mailing in the print/mailing industry by day and freelance author by night. Her desire to write is a passion borne from tragedy. God used it to take her faith to a much deeper level. Melinda is a freelance writer and member of FaithWriters. She joined the TBL team in March 2014. Believing we are citizens of a greater ‘kingdom,’ her articles for The Bottom Line examine governmental responsibility, citizen involvement and current political topics. With the great wisdom contained in scripture as her guide, she looks at today’s political environment from a Biblical perspective. She prays her words will prompt the reader to view citizenship - and every aspect of their life, through the eyes of faith. Col 3:17 To read more of Melinda’s writings on her faith, hope, and life visit her blog Still Living Still Loving or her page at Faithwriters.com. You can also follow her on Twitter @MKZbk.
@@MKBzk
Previous God Has A Plan For You
Next To the Lost and Longing