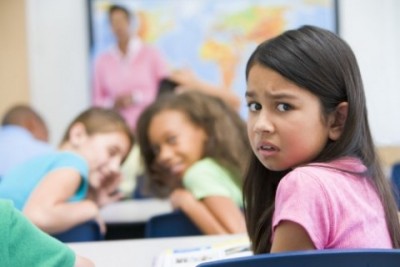 God did not Create Young People to be Bullied

Then he went up from there to Bethel; and as he was going up by the way, young lads came out from the city and mocked him and said to him, “Go up, you baldhead; go up, you baldhead! When he looked behind him and saw them, he cursed them in the name of the LORD. Then two female bears came out of the woods and tore up forty-two lads of their number. 2 Kings 2:23-24

Obviously, calling curses down on those bullying us is not the answer to end this torment. These verses were used to show that God does not smile upon bullying. Elisha called down a curse, in the name of the Lord, and two bears came and mauled forty-two of the lads who were calling Elisha a “baldie.” Young people are created in the image of God and individually they have too much inherent value to be subject to bullying. Notice in these verses that it was “young people” who were bullying the prophet Elisha, so even in ancient times bullying among young people was an issue.

In our modern times, bullying has become such an issue in society, that it has driven some young, sensitive souls to commit suicide. Something must be done to stop this tragedy.

I beseech you therefore, brethren, by the mercies of God, that ye present your bodies a living sacrifice, holy, acceptable unto God, which is your reasonable service. And be not conformed to this world: but be ye transformed by the renewing of your mind, that ye may prove what is that good, and acceptable, and perfect, will of God. Romans 12:1-2

Parents under the influence and anointing of the Holy Spirit let us lead our young people into the renewal of their minds in the truth, that they are created in the image of the living God. Here is what the bible says:

Meditating upon these truths found in Romans and Philippians. Our young people will build strong, healthy self- images. No matter what the “bullies” throw their way these God-powered truths will be ingrained in their spirits. The negative actions will roll of their backs and the bullying will stop, because the victims will no longer react to the harassment the way the “bullies” want them to. No young person deserves to be bullied to the point that his self-image is marred for life or that he ends up taking his life because of physical, emotional or cyber bullying.

For the word of God is alive and active. Sharper than any double-edged sword, it penetrates even to dividing soul and spirit, joints and marrow; it judges the thoughts and attitudes of the heart. Hebrews 4:12

Greg is a born again believer who testifies to the absolute transforming power of God's word. Greg has been called to full time ministry and He has known Jesus for most of his life. Greg received his degree in Pastoral Ministries from what was formerly Bethany University in Santa Cruz,California. View Greg blogs on iwriteforjesus.com. Greg has a book published on " To Jesus Christ the High Priest of my confession: A personal Testimony." find it on http://www.amazon.com/Christ-Priest-Confession-Personal-Testimony/dp/1507706847/ His testimony in short form is published in "Trials and Triumphs II" on http://www.amazon.com/Trials-Triumphs-II-FaithWriters/dp/1498416012/. This book is filled with 50 inspirational testimonies and is a project of Faith Writers.
Previous Modesty Part I: A Flower Is More Beautiful With Petals
Next Owning Our Choices