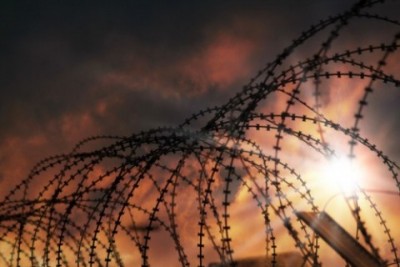 By now I’m sure that everyone has formed some sort of opinion about the hostage exchange. One thing I know for sure is that no one knows exactly what went on over on the other side of the globe. I will not attempt to judge whether or not Mr. Bergdahl deserted his squad. What I will talk about are wisdom and responsibility. The unilateral decision to trade five of the most dangerous detainees at Guantanamo was neither wise nor responsible. The leader of this nation is, with increasing frequency, showing weakness to the world. My understanding is that America does not negotiate with terrorists. Why have we started this practice now – and have chosen to do so with a group who has already proven their hatred for us by attacking us on our own soil? It defies logic.

This decision is the president’s to own. I pray it is not one that has put innocents in danger. I pray that this decision does not embolden those who seek to do us harm. If God chooses to show us mercy, He will keep us in His protective care….. But really, why should He? As a nation, we have continued to rebel against Him and have spat upon His principles.

In spite of the fact that many Americans claim to believe in God, we live as if we do not. There are those who would like nothing more than to disregard people of faith and systematically remove God from our lives. People no longer rely on God to provide for their lives. They rely on the government. Morality is relative and there are no absolutes anymore- or so they would have us believe.

It began with the dismantling of the family. No fault divorce eliminated the virtue of commitment. Roe vs. Wade has told us that, in America, human life is valuable only to the degree that the mother deems it valuable. Assisted suicide contributes to the devaluation of life. Individual liberty is no longer balanced by personal responsibility. As a result we have greed, envy and fiscal irresponsibility. Political parties and politicians in an effort to sustain themselves are willing to play the part of authoritarian robin hoods. They take from those who work hard and give to those who, not in all cases, but often times, simply believe that they are entitled to governmental provision. We no longer  have a nation in which individual freedom and personal responsibility are promoted in order to build and maintain a healthy society.

Leadership continues to fail to make rational decisions. Now, evidently it is the ‘American way’ to elevate the rights of one above the greater good. In life, leaders are required to make hard choices. They need wisdom to make these decisions. To make wise decisions one needs common sense, a willingness to learn from history, and humility before God.

Hosea 10:6 (VOICE)  The wretched idol will be taken to Assyria and given to the great king.
Ephraim will be disgraced;
Israel will be ashamed because of this king’s counsel.

Our idol is the ‘individual’ and it is nothing new. Though we do not have a king. We too will be ashamed of our ‘king’s counsel.’ Through misguided compassion toward some, our judges and the leadership of America are contributing to the destruction of our culture.

God allowed Israel to go into exile. Israel repeatedly ignored prophecy and godly wisdom, then reaped the destruction that they had sowed. God used evil nations to accomplish His will, which was to see His children return to Him. He loves His children but will not shy away from discipline and the hard decisions.

2 Peter 15- 16 (NLT)   15 And remember, our Lord’s patience gives people time to be saved. This is what our beloved brother Paul also wrote to you with the wisdom God gave him— 16 speaking of these things in all of his letters. Some of his comments are hard to understand, and those who are ignorant and unstable have twisted his letters to mean something quite different, just as they do with other parts of Scripture. And this will result in their destruction.

What a shame that we are in serious danger of letting our own sinful choices lead us down the same road as Israel.

Melinda is currently the worship leader at her small church in rural America. Married for 23 years, she and her husband Larry have one son. She is the Director of Mailing in the print/mailing industry by day and freelance author by night. Her desire to write is a passion borne from tragedy. God used it to take her faith to a much deeper level. Melinda is a freelance writer and member of FaithWriters. She joined the TBL team in March 2014. Believing we are citizens of a greater ‘kingdom,’ her articles for The Bottom Line examine governmental responsibility, citizen involvement and current political topics. With the great wisdom contained in scripture as her guide, she looks at today’s political environment from a Biblical perspective. She prays her words will prompt the reader to view citizenship - and every aspect of their life, through the eyes of faith. Col 3:17 To read more of Melinda’s writings on her faith, hope, and life visit her blog Still Living Still Loving or her page at Faithwriters.com. You can also follow her on Twitter @MKZbk.
@@MKBzk
Previous God did not Create Young People to be Bullied
Next The Power of Intercession