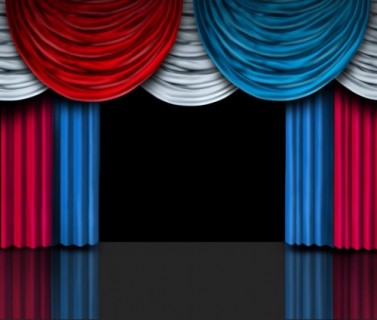 Love is patient, love is kind. It does not envy, it does not boast, it is not proud. 5 It does not dishonour others, it is not self-seeking, it is not easily angered, it keeps no record of wrongs. 6 Love does not delight in evil but rejoices with the truth. 7 It always protects, always trusts, always hopes, always perseveres. 8 Love never fails. I Corinthians 13:4-8

What if in the current American political campaign process the principles of love in I Corinthians 13:4-8 were wholeheartedly practiced in that environment? How the Spirit of God would move in all the political campaign processes of the United States and change these landscapes for the glory of God. The candidates would, walk in patience, kindness, would not boast, would keep no record of the other candidate’s wrongs. They would walk in trust of one another and rejoice in the truth about one another. They would speak with integrity about issues and never fail to keep their promises that they made on the campaign trail.

The debates between political opponents would stick to the truth and the issues at hand facing the nation. There would be no mudslinging or an attack on the character of the candidate’s participating in the debate. The debates would be orderly and stick to the truth of the issues and the voters would be able to choose the best candidate based on his experience and his grasp of the conditions the nation faced at the time of the actual election.

Truly, the best candidate would be put in office and truly represent the people in government. The electorate would know that the right person was elected to office. God would smile on a campaign that was run purely, honestly and with integrity.

Would it not be nice to have a campaign in America that was run on the love concepts of 1 Corinthians 13? Knowing that the political campaign was run in a Godly and just manner as if the Lord Himself ran the process from beginning to end. There would be reform and lasting change in all campaigns ran in America in the future.

Greg is a born again believer who testifies to the absolute transforming power of God's word. Greg has been called to full time ministry and He has known Jesus for most of his life. Greg received his degree in Pastoral Ministries from what was formerly Bethany University in Santa Cruz,California. View Greg blogs on iwriteforjesus.com. Greg has a book published on " To Jesus Christ the High Priest of my confession: A personal Testimony." find it on http://www.amazon.com/Christ-Priest-Confession-Personal-Testimony/dp/1507706847/ His testimony in short form is published in "Trials and Triumphs II" on http://www.amazon.com/Trials-Triumphs-II-FaithWriters/dp/1498416012/. This book is filled with 50 inspirational testimonies and is a project of Faith Writers.
Previous Nail It To The Cross
Next Sexual Teenage Trends