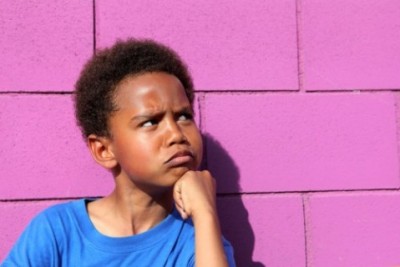 They sat down in the backyard playing with their toys. But then Keith started a conversation and everything went bad.

“Wane, instead of giving you, I’m gonna give T.J. my extra transformer action figure because he has none, and you already have two.”

“What! But if you give me that one then I’ll have the set like you have.”

“I don’t care…well I want back the frog book that I gave you last week!”

“That doesn’t even have anything to do with this Wane.”

“I don’t care, I want it back. And I’m not coming back over here ever!”

Like the boy playing in the backyard, when faced with unpleasant circumstances we get angry at God, and take back our love and devotion from him. We disregard all the blessings that he had previously bestowed; we ignore all the future blessings that he’ll bring us. All that matters is the current disappointment, or the fact that we didn’t get our way. But the true test is when we choose to remain at peace when our dreams fall apart.

Isaiah Austin is a great example of one who chose to rest in God’s peace despite losing his dream of playing professional basketball. He was one of the nation’s best players and was moments away from being drafted when he was diagnosed with Marfan Syndrome; a genetic disorder that affect the body’s connective tissue. Just like that…his dream was no more. There could have been two reactions:

Get angry and mad at God. Refuse to go to church, stop paying tithes, and just stop acknowledging his existence.

Or like Job, refuse to curse God. Accept that God is in control, bask in his peace, and trust that his “after” will be better than his “before”.

He chose the second option.

His wife said to him, “Are you still maintaining your integrity? Curse God and die!”
He replied, “You are talking like a foolish woman. Shall we accept good from God, and not trouble?” Job 2: 9-10

Before we start throwing a temper-tantrum like a child who hasn’t gotten his/her way, we should take the time to assess what God has already done and His potential to do so much more in our future. We have to let His peace comfort us while accepting a victory unseen.

Amelia Brown is from the beautiful island of Jamaica. She is a 28 year old Guidance Counselor by profession, but a passionate writer at heart. Most of her articles written are aimed at stimulating positive change under the guidance of the Holy Spirit. She is also a published poet and a member of Faithwriters. Outside of writing, she enjoys volunteering, cooking, and turning frowns right side up. Amelia currently lives in New York.
@ameliambrown
Previous Setting Boundaries With Loved Ones-Part II
Next Day Old Bread