Breaking News
Home / Featured / Have a Hug and Some “Feel-Good” Hormones! 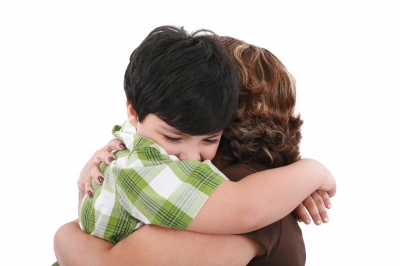 Have a Hug and Some “Feel-Good” Hormones!

A hug can offer more than the warmth of an embrace. What may seem like a trivial hug or touch can trigger the release of “feel-good” hormones. According to neurologist Shekar Raman, M.D., “a hug, pat on the back, and even a friendly handshake are processed by the reward center in the central nervous system.”

Could it be that hugs (particularly those lasting longer than 10 seconds) may be useful in helping reduce the amount of medication needed for depression, decreased self esteem, tension or loneliness? Scientists have indicated that hugs have an effect similar to that of various drugs used simultaneously. Let’s look at three hormones that are released with a hug:

(1) Oxytocin – This hormone is released by our pituitary gland and brings about feelings of contentment, devotion and trust. According to an experiment at the University of North Carolina, Chapel Hill, it also lowers the heart rate. It reduces anxiety by lowering the level of cortisol (a stress hormone). Although oxytocin is released during childbirth and promotes mother-child bonding, research also indicates an effect on men in making them more affectionate and improving their social bonding and relationships.

(2) Dopamine – In addition to oxytocin, a hug can also stimulate dopamine. A low level of dopamine plays a significant role in depression, Parkinson’s Disease, self-doubt and procrastination. Diagnostic tools such as an MRI and a PET scan have revealed that a hug will stimulate the release of dopamine, a “feel good” hormone, by the brain.

(3) Serotonin – When someone feels significant or important, as implied with a hug, serotonin is manufactured by the body. The majority of serotonin is found in the gastrointestinal tract. There seems to be a connection between depression and serotonin, but scientists are unsure whether decreased serotonin levels contribute to depression or whether depression causes a drop in serotonin.

These immune-enhancing, stress-decreasing embraces produce as many benefits for the giver of the hug as for the receiver. Some research, however, does suggest that the most beneficial hugs come from someone you trust. Even cuddling with a trusted pet will produce health benefits.

Children also need frequent hugging. Those who aren’t hugged have been noted to have delays in walking, talking and reading. After measuring stress in Romanian children, Mary Carlson, a Harvard Medical School neurobiologist, concluded that a lack of touching and attention stunted the growth and adversely affected the behavior of these children who had been raised in an orphanage or who had attended daycare centers of poor quality.

After explaining that we must become like little children to have salvation and enter into His kingdom, Jesus embraced the children. “And he took them up in his arms, put his hands upon them, and blessed them.” (Mark 10:16, KJV)

Who do you know that could use a hug from YOU today?

Denise is a Registered Nurse, married, and has lived in Alabama all of her life. She has been a Christian for more than 40 years and has studied Prophecy for over 25 years. She writes devotionals for Faithwriters (www.faithwriters.com). She also writes for TGGmag ('Tween Girls and God online magazine for girls age 9-12). She desires to share Christ with others through her writing and is looking forward to the soon return of our Lord Jesus Christ.
Previous Teens: How to Cope with Anxiety
Next Setting The Example of Good Authority