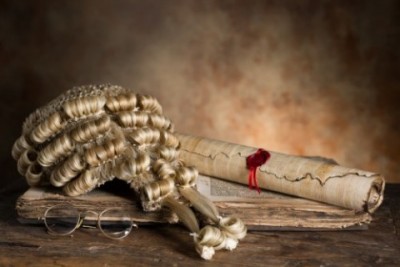 Justice, Mercy and the Rule of Law – Electing Our Judges

It’s that time of year again. The time when yards and streets are decorated with those lovely campaign signs. Having a 25 mile drive to work I have the opportunity to seen an abundance of them. Other than name-dropping, are they of any real value in helping you make a wise choice.

Lately, I’ve noticed many campaign signs promoting particular candidates for judge. What criteria do you use when deciding who you will choose to sit behind the bench in you local court, or serve as an appeals court judge in your district? Some states mandate that all judges must first serve as a lawyer, others do not have this requirement.

Can a person who has spent their life prosecuting cases, with a reputation for being ‘tough on crime’ make a good judge? What about a high-profile attorney who has found success defending the worst criminals? Both may have been successful in their perspective (and contradictory) roles as attorneys. Both should know the rule of law, but they interpret and apply it differently according to the needs of the client or the ‘interest of the state.’

The prosecutor’s job is to use the law to punish the accused of his or her crimes against the state. Defense attorneys, on the other hand, use the law to protect the rights of the accused. They are opponents in the courtroom. So which one would be more qualified to wear the robe of a judge? Some interpret Matthew 5:38-39 as  a call for vengeance. On the contrary, its purpose was to limit punishment – to assure that the punishment fit the crime. The rule of law is made up of the statutes approved by our elected officials and is what sets the standards of punishment today. The interpretation of the statutes is up to the judge after hearing all the arguments.

Is it possible for an individual who has spent his career approaching the law from one perspective to be a fair and impartial judge? The record and legacy he or she leaves as judge will determine the answer to that question. It does not help, however, when selecting a non-incumbent. Character is the determining factor. Unfortunately, one cannot evaluate character based on a campaign sign on the side of the road.

I must admit I have, in the past, abstained from voting for a judge. I decided I’d rather not vote at all than later regret I voted for a judge who lacked wisdom or was unfair and could not be impartial. We need to pray for wisdom as we vote for our judges and all elected officials. It is also critical that we pray for wisdom for the ones that God chooses to place in those positions of authority.

We will all face judgement one day. Our Most Holy God requires justice. In His mercy, however, He not only provided our defender (though there is no defense for our sin) – He gave us Jesus, who took our punishment and paid our penalty in full with His blood.

Melinda is currently the worship leader at her small church in rural America. Married for 23 years, she and her husband Larry have one son. She is the Director of Mailing in the print/mailing industry by day and freelance author by night. Her desire to write is a passion borne from tragedy. God used it to take her faith to a much deeper level. Melinda is a freelance writer and member of FaithWriters. She joined the TBL team in March 2014. Believing we are citizens of a greater ‘kingdom,’ her articles for The Bottom Line examine governmental responsibility, citizen involvement and current political topics. With the great wisdom contained in scripture as her guide, she looks at today’s political environment from a Biblical perspective. She prays her words will prompt the reader to view citizenship - and every aspect of their life, through the eyes of faith. Col 3:17 To read more of Melinda’s writings on her faith, hope, and life visit her blog Still Living Still Loving or her page at Faithwriters.com. You can also follow her on Twitter @MKZbk.
@@MKBzk
Previous Our Hope: The Tools of the Trade
Next How Do We Know What Is The Truth In A World Full of Options