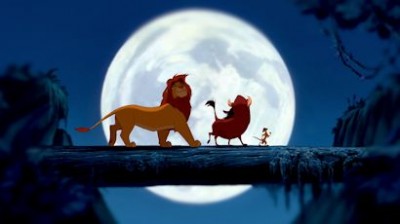 Lion King Revival on a Plane

Lion King Revival on a Plane

This may not seem like the kind of story that one would find on a “Christ-focused” website, but this is the perfect kind of thing to put on this site. When Virgin Airlines guests were treated to an impromptu performance from the cast of the musical “The Lion King” on the plane, it became a viral video almost immediately. This kind of thing is something that might seem a little silly, but it goes far beyond that.

In the Bible, it is said that we are serving angels, unaware of who they are. This is big text because many people forget that the people around them could be anybody. This means that angels could have been on that plane. However, it also means that the people on the plane come from all walks of life, and this impromptu performance is something that could have made someone’s day.

We don’t know the circumstances on the plane. We don’t know why the cast chose to break out in song on the plane, but do know that it did something for somebody. Then, the video hit the internet and it did something for somebody else. This is why it is so important to do nice things for people. It’s not just about the people who are receiving, it is about the people who are going to see these things happening and be inspired.

Some people had their day changed by watching the video, but there are other people who are going to go out and try to make people smile. We are serving angels unaware of who they are on a daily basis, but we can make the world a better place if we simply acknowledge this as truth. There is no better way to serve people than making them smile, and it makes God smile, too.

Joel M. Bauer is a 45-year-old U.S. Army Veteran from Dunn, NC, which is just outside of Raleigh. After being honorably discharged from the U.S. Army, he attended school at Taylor University, a Christian liberal arts school, in Fort Wayne, IN, where he received his BS in social work and psychology. He has worked in such places as a homeless shelter, a community based treatment center for severe mental illnesses, a school for troubled students, and other social service agencies. His current endeavor is to build The Bottom Line website into a site that inspires both Christians and non-Christians alike, and brings glory to God.
Previous Activists or Intercessors… Which Are We Called To Be?
Next Joy