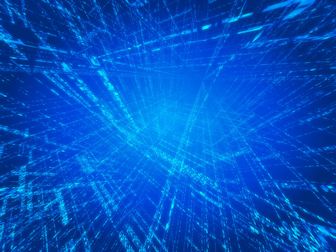 Would you like one of your grandparents to have a microchip placed under his or her skin? If they have Alzheimer’s they might. According to a recent broadcast by ABC News people with this disorder, which affects 5 million Americans, are lining up to have this procedure. The idea is that if these people get lost or lose their sense of identity a microchip will come in handy to know who they are and their whereabouts. On the surface there is really nothing wrong with that, and it sounds like a good idea, right?

Many questions are being raised as to where this might go. Would it lead to the government tracking of individuals? Is there some connection to Bible prophecy? One thing is for certain, these patients and other people all over the world are becoming warm to the idea of having microchips placed under the skin, for a variety of reasons. To the contrary, other segments of the population are viewing this as government control and submission.

In addition to Alzheimer’s patients microchips are already being used in other ways. In Mexico 160 law enforcement officers have received the implant to give them increased access to restricted areas. The United States military is seeking to implant soldiers in order to monitor health on the battlefield, among other things, and to treat Post Traumatic Stress Disorder. A chip has also been developed capable of being used for the purpose of delivering daily doses of a contraception ingredient, good for up to 16 years, and which could be turned off if a women decides she wants to become pregnant. Microchips are beginning to be thought of as something very useful, and some sources believe there is an ongoing effort to desensitize people to their implementation.

Some members of the press and those who have taken the implant are already referring to it as the mark of the beast, mentioned in Revelation, but is it? The answer is “No,” at least not yet. I will show from the Bible why, in a moment. Some Bible prophecy experts have taken the position, however, that it could lead to that.

Conditions for calling something the “mark of the beast” are clearly spelled out in Revelation 13:16-18. This passage teaches that whatever form the “mark” is, it must (1) be given in the right hand or forehead, and (2) it must be associated somehow with the number of a man which is 666. Currently with the Alzheimer’s patients, the implantation is being given in the upper arm, according to a video, and no mention is made of any kind of number. Psychologically, the stage is being set for the mark of the beast, as people are seeing the practical use for it. Physically, there will be no such thing until the requirements in Revelation are met.

So, if you are afraid that your grandparent with Alzheimer’s might wander away and get lost, you can consider a chip implant, if you are okay with that. You can rest assured, though, that it is not the mark of the beast. You can object to it on other grounds.

John Livingston Clark is 67 years of age and lives in central Washington State. He has written two published books, and two published poems. His initial book is called, " God's Healing Hope: Breaking the Strongholds of Wrong Thinking." His second book, released in December of 2016, is a motivational book written to seniors titled, " Seniors: Are You Retiring or Recharging?" Both books are available on amazon. You can also view his writings on www.faithwriters.com. John is available to speak on a variety of topics. Visit me at jclarkministries.com
Previous Go Tell It
Next Sometimes The Answer is “NO”