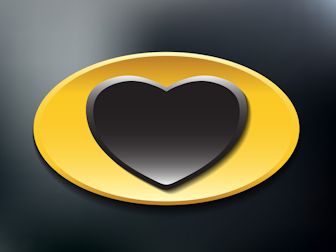 John 15:13 Greater love hath no man than this, that a man lay down his life for his friends.

Terry Brown, a Deputy Sheriff on Southern Oregon’s coast, greatly risked his own life in order to save a 14 year old boy who was caught up in a rough surf offshore of Harris Beach, north of Brookings. Abandoning his own rope lifeline in order to reach the boy, and spending 45 minutes in the 50 degree water helping the boy keep his head above water before they could both be rescued.

The ordeal started when the boy was caught up in a strong rip current near shore, which pulled him out over 100 yards and into the extremely rough surf. Onlookers saw the boy in distress and called 911. Deputy Brown was one of the first responders.  He put on a lifejacket and went out into the waters to rescue the boy.  However, as he reached the boy he was forced to release the rope he’d brought along in order to quickly keep the boy from going under.

The deputy was able to keep the boy afloat, but was not able to fight the strong surf and currents and bring the boy unto shore.  They heavy surf churned, swirling the two of them in large circles and hindering further rescue efforts. Leaving the two of them in the frigid 50 degree waters for 45 minutes.

Several efforts were made to rescue them.  Other swimmers tried to reach them but struggled in the heavy surf. The Coast Guard was also called in, but couldn’t get close enough to pull them in due to shallow waters. Eventually a lone swimmer was able to reach them and tie ropes to them so they could be pulled unto shore.

As he was pulled from the water, Deputy Brown was described as delirious and losing consciousness from hypothermia. His situation was critical, as described by Curry County Sheriff John Bishop:

“He was within minutes, if he had been in the water 5 or 10 more minutes more, we would have lost him.”

Both Brown and the 14 year old boy were hospitalized, but are expected to make a full recovery.

This story shows us the best of human nature and heroism, as Deputy Brown was willing to put his own life on the line in order to save another. As Jesus has done for all of us, giving up His own life in order that we may all be saved and find salvation through God. Deputy Brown was surely following in Jesus’ footsteps on that day.

James V. is a guest author at The Bottom Line. He also enjoys doing work with programming and video narration. He has his own YouTube channel and does online streaming for the latest video games.
Previous Relentless Pursuit
Next Depression (Part I)