Breaking News
Home / Featured / Out Of The Mouth The Heart Speaks 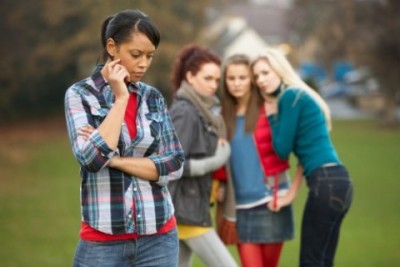 Out Of The Mouth The Heart Speaks

Some of the most common emotional catch phrases teens use today include “OMG!”, “Jesus Christ!”, “God!” or “Oh My God!”. Harmless right? Everyone is saying it, so what’s the big deal? I mean I’m not hurting anyone besides, I don’t even believe in God. As a young adult, I found myself reacting the same way you might be right now. I used to refrain from such language and many times I received strange looks from my friends who were questioning why I didn’t use their same vocabulary. I was a salmon swimming upstream in the opposite direction compared to everyone else, yet each time I hung around them, I leaned a little more to the left until I ultimately caved to peer pressure and changed my simple pure language to words that became offensive even to my friends.

I walked around proud about my ability to ‘swear like a sailor’ and I continued believing that I was cool because I spoke tough harsh words. I was in a sense on top of the world because I felt I had been on the bottom for so long. In my mind, there was no one I was held accountable to, and if I chose to use such harsh words, then that was my choice and who was everyone else to stop me from speaking my mind.

As a teacher, I see the same decisions being made by teenagers today only the words are not being said, but are written. Poisonous words are infiltrating social media networks and the numbers of bullying and harassment incidents have increased. Most of these reports are from attackers online coming from people who appear as innocent as can be face to face, but behind a screen, they rapidly fire away believing that no one but their own private audience is watching. But someone always is, and He is the one whom you will have to one day confront and give reason as to why you chose the crude words that you did.

This realization hit me one day after I started paying more attention to what I was saying and began to clean up my language. I finally understood that God never sleeps. He is always watching even when no one else is.  Although it may not be easy and your friends may razz you a bit for not joining in on their language, it is more important to continue being a salmon swimming upstream than to become just another fish in the sea.

As in water face reflects face, So a man’s heart reveals the man. (Proverbs 27:19)

is an author and editor for The Bottom Line Ministries as well as a member of Faith Writers. Currently she teaches high school language arts. She is a mom to four amazing blessings and enjoys every moment life has to offer. Renee has a fervor and drive to learn, she loves to read and spend time with her family, and is involved with her local church ministries. Humbled by God’s gift of words, she has a passion to write what the Holy Spirit has placed in her heart. She hopes to publish her in-progress book someday, but in the meantime, is honored to be placed as part of the TBL writing family and is holding on to the ride wherever God is leading. Renee and her family reside in their country home in Holland, Iowa.
Previous Teens: Drugs or God
Next My Jesus Journey (Pt. 7) The Inside Scoop