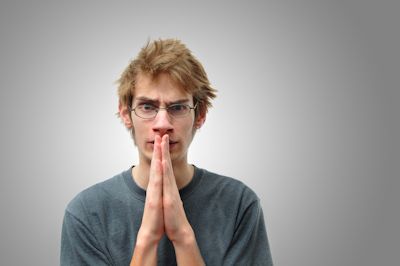 The article researched for this piece of writing is entitled, “Adolescent Mental Health: The role of youth and college pastors.”  It stated that while youth pastors are in a good position to identify and deal with these emotional states most are not trained to do so. Only 50 percent have received training, and only 26 percent feel qualified. Seventy-eight percent had worked with teens who thought they may have issues, and 76 percent referred their young people to professionals.

It is recommended in the study that more collaboration be done between these two groups “to gain understanding” and  become “familiar with each others ‘language’ and views of mental health.'” Also suggested is that youth pastors need to know the mental health professionals in their local area, as well as the cost, time involved, and range of service provided.

The parents, school personnel, youth pastors, and mental health professionals all need to work together in identifying symptoms at a young age. In my view, too many emotional issues and problems are slipping through the cracks of our culture. Since some young people are not getting answers to their emotional needs they are shooting someone as a “way out” of a failed relationship, an unresolved emotional problem, or because they are disgruntled about a situation. We have become a “trigger-happy” society all the way down to the high school level.

Obviously, those who deal with their problems in destructive ways have never been taught to seek the help they need. Have we failed in our school system, families, and churches, to develop a mindset to get counseling when necessary? Have we not instilled in kids the importance of addressing issues before they manifest themselves this way? Has there been an air of openness in talking out one’s problems? By not doing so we have allowed the destructive display of anger and other emotional disturbances to be carried over into the next generation, so the cycle continues.

This is also an evidence of the human condition of the heart. It says a lot about the sinfulness of man. Why does one by nature, have a tendency to shoot someone instead of talking it out?  Why does a person not say, “Okay, I have some problems I need to deal with. I am going to get the help I need?”  Along with this is the belief that human life is not sacred, so one can just do away with it if  a person does not want to deal with a situation caused  by a life in existence. Hence, we have a line of thought among the pro-abortionists that makes killing babies “acceptable.”  That same distorted line of thinking that taking a life is justified carries over to shooting a person-it is better to get rid of the person than to deal with the problem. What a sad picture of the human condition!  The only real answer is a transformed heart through the power of God’s indwelling Holy Spirit.

John Livingston Clark is 67 years of age and lives in central Washington State. He has written two published books, and two published poems. His initial book is called, " God's Healing Hope: Breaking the Strongholds of Wrong Thinking." His second book, released in December of 2016, is a motivational book written to seniors titled, " Seniors: Are You Retiring or Recharging?" Both books are available on amazon. You can also view his writings on www.faithwriters.com. John is available to speak on a variety of topics. Visit me at jclarkministries.com
Previous You Have To Give It Away To Keep It!
Next Our Hope: How Should We Measure Beauty?