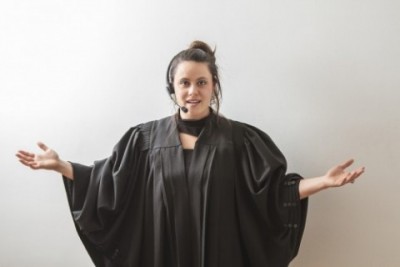 God has called you to spend your life ministering the gospel. Should you as a woman be in ministry? The question has been debated since the founding fathers laid the foundation for the nation of America. Many people have expressed convincing arguments on both sides of the question. The bible clearly states that God is no respecter of persons. I being a male, for one believe woman should be in full-time ministry. They are just as capable as men and God has given them the anointing and capability to function in the ministry just as effectively as he has anointed men to be ministers.

Ephesians 4:11” So Christ himself gave the apostles, the prophets, the evangelists, the pastors and teachers,” for the equipping of the saints and to bring every member of the Body of Christ into full spiritual maturity. The verse says Christ gave these offices to the church, not man. We do not choose who God will call or anoint to be in full- time service for His glory. He does this by his sovereign choice and he will choose a man or woman. He imparts the gifts of the offices to whom he chooses.

We find in the book of Judges that God chose a woman to be a prophetess and a judge over Israel. Those were two of the highest callings a person could receive in that era. Man not God said that women should not be in full-time ministry. Let us be reminded that Phillip the evangelist, in the book of Acts, had four daughters who prophesied. Joyce Meyer, a very successful woman, in ministry has been called to be a full-time teacher in the worldwide Body of Christ. She is one of the most anointed teachers in the church today. We need to open our minds and accept the fact that women are to be in full-time ministry to serve the risen Lord. They have just as much God given right to be ministers as men.

Greg is a born again believer who testifies to the absolute transforming power of God's word. Greg has been called to full time ministry and He has known Jesus for most of his life. Greg received his degree in Pastoral Ministries from what was formerly Bethany University in Santa Cruz,California. View Greg blogs on iwriteforjesus.com. Greg has a book published on " To Jesus Christ the High Priest of my confession: A personal Testimony." find it on http://www.amazon.com/Christ-Priest-Confession-Personal-Testimony/dp/1507706847/ His testimony in short form is published in "Trials and Triumphs II" on http://www.amazon.com/Trials-Triumphs-II-FaithWriters/dp/1498416012/. This book is filled with 50 inspirational testimonies and is a project of Faith Writers.
Previous They’re Speaking What?
Next It’s Your Right – Now Choose