Breaking News
Home / Health / How Concerned Should We Be About GMO’s? 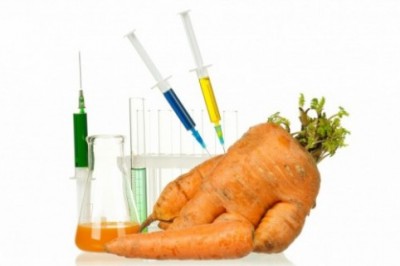 How Concerned Should We Be About GMO’s?

What exactly are Genetically Modified Organisms (GMO’s)? Are they safe enough to ingest? A genetically modified organism is defined as one whose genetic material has been altered using genetic engineering techniques (genetic material that has been manipulated in a laboratory). It’s basically taking genes from one species and forcing them into the DNA of another species. This can create unstable combinations of animal, plant, or microbial genes that do not occur in nature or by traditional crossbreeding methods. GMO’s are used in the production of foods, pharmaceutical drugs, experimental medicine (i.e., gene therapy) and agriculture. The pros and cons of GMO’s have been widely argued.

Commercial GMO’s are typically engineered to withstand herbicide or to produce insecticides. A gene is taken from soil bacteria (bacillus thuringiensis, or BT) which produces an insecticide. This gene is injected into corn or cotton. When certain types of bugs bite the plant, toxins are released. This causes holes in the walls of their stomach and subsequent death. By eating these genetically modified crops or products made from them, we are ingesting these poisons.

WHERE ARE GMO’S FOUND?

In addition to the United States, other countries have experimented with biotech technology. Many of those countries, however, have tighter restrictions than the U.S. Some countries have banned GMO’s from their food supply.

Four of the largest GMO crops currently grown in the U.S.:

(1) Corn (89% GMO) – Used in almost all processed foods in the form of high fructose corn syrup (HFCS). It is also used as filler and animal feed.

(2) Soybeans (94% GMO) – Soy is present in almost all processed foods and vegetable oils.

Pre-prepared foods (canned/boxed/frozen)
Baby formula
Baking mixes
Sweetened juices
Chips, popcorn, candy, cookies and crackers
Energy bars/drinks
Bread/Cereal
Soft drinks
Tofu
Salmon that is not “wild”
Honey that is not raw and organic
Meat that is not grass-fed (animals have consumed GMO feed)
Milk that is not organic (likely from cows given human growth hormone)

WHAT ARE THE EFFECTS ON OUR HEALTH?

Long-term side effects, far-reaching health concerns and environmental problems are an issue with GMO’s.

(A) Studies indicate a strong connection between GMO’s and an increased risk of:

(B) Environmental concerns include:

Bugs and weeds resistant to prior controls
Death of beneficial insects

The majority of Americans polled have indicated that they desire labeling of products which contain GMO’s. “Over the past several years, the Right to Know effort has gained significant momentum.” (NonGMOproject.org)

“And God said, Let the earth bring forth grass, the herb yielding seed, and the fruit tree yielding fruit after his kind, whose seed is in itself, upon the earth: and it was so.” (Genesis 1:11 / KJV)

How do you feel about ingesting foods with genetically modified ingredients?

Denise is a Registered Nurse, married, and has lived in Alabama all of her life. She has been a Christian for more than 40 years and has studied Prophecy for over 25 years. She writes devotionals for Faithwriters (www.faithwriters.com). She also writes for TGGmag ('Tween Girls and God online magazine for girls age 9-12). She desires to share Christ with others through her writing and is looking forward to the soon return of our Lord Jesus Christ.
Previous When Life Is Caddywhompus: Let Go and Let God
Next Parents Campaign for New Line of Dolls that Celebrate Kids with Disabilities