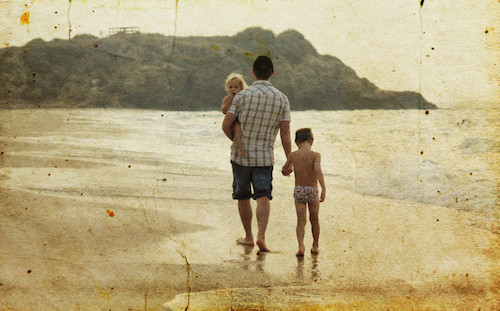 The two things most familiar to me were the North Atlantic, and the feeling I’d forgotten something. I stared at Maine’s rocky coast as my boat bobbled over swells toward Cumberland Docks.

“Dietrich!” Chappy, my crew captain called. “I’ll get the shrimp out to market and have the boat turned over b’fore tomorrow.”

I glanced at a clump of newspaper, moist on a rusted metal chair. “We shouldn’t have come back early.”

“ ‘ … wanna be caught.’ ” Chappy chuckled. “I knew him longer than you, remember? I worked thirty years for that slave driver. You’re no better.” Chappy pulled out a cigar and trained it over a flame as we docked. “Go see your kids.”

I glanced at the gold ring on my finger and tried to swallow the lump in my throat.

“I got it covered here, Dietrich. Go on!”

I nodded, and picked up the clump of newspaper from the chair.

“And, Dietrich!” He puffed out a cloud before he grinned. “You’re not a cowboy. Get yourself a sailor’s hat.”

I grabbed my hat and traced the rim of my old leather western. “Chappy, the hat don’t make the man, the man … “

I paused at the ship’s edge, enjoying the boat as it swayed with the water, restless as my own heart. “I’m coming,” I whispered. I stepped from the boat, onto the one thing waves broke against—land.

Gravel popped under the tires of my Jeep as I rolled onto the family ranch. My son’s head of brown curls popped up from the meadow, and my eyes stung as he cut through the amber sprouts with his arms flailing, frantic for one thing. My mom held the porch railing with one hand, and my daughter, hair blond and straight as her mom’s, in the other.

When I picked up my two kids, my heart was as full as my arms. We spent the day in the cove collecting clams and staying warm by the fire as we baked our catch. After s’mores, the kids snuggled up next to me by the fire, until the sun hung low.

I made a tent from blankets in the living room and told them stories about life on the water until their little eyes grew heavy and then my mom was the only one listening.

“Oh, Dietrich. If you aren’t your father.” She chuckled as she lifted a steaming cup of tea to her lips.

I played with my hat as I stared at his picture on the wall. “He wouldn’t have come back early.”

She set her tea on the table. Her lips barely curled in the corners, but her eyebrows stood high and her brow furrowed, eyes prodding me like an iron. “Why did you come back early?”

I opened the fridge and grabbed the clump of newspaper. “We had our catch. The best of the year.” I pulled back the paper and set a heap of shrimp in front of her.

She grinned and nibbled on the shrimp. “I remember when you were no bigger than that boy over there.” She motioned toward my son under the blanket tent. “Every time your dad docked, he’d make you a tent of blankets and you two would watch westerns till your eyes wouldn’t let you. You’ve been wearing a cowboy hat since way back then.”

She paused and took a sip of tea, studying me all the while. “He was your Clint Eastwood, your John Wayne, your hero. And you’ve been chasing him all your life.”

I traced the rim of my leather cowboy hat. “Mom, I gotta provide.”

She set her mug down with a thud, some of the tea falling to the table. “You listen here. You can tell those kids that and you tell that to yourself, but I’m your mother, and I know better.” Her lips were a thin red line set underneath unblinking eyes. “You make more in a month than your daddy did in a year. You and your daddy, you’re strong, brave, hard workers; but you both like your heroes like they are in those westerns—always riding off into the sunset.”

She scooped a handful of shrimp. “You’re not providing. You and I both know Chappy could and would run the fleet. You’re chasing adventures and success. Your stuck chasing your daddy because you never had him when he was alive.” She tossed the shrimp, scattering them on the table. “You just remember how many times he broke your heart riding waves into the sunset.”

A tear slipped from her eye getting lost in the wrinkles of her cheek. “You want success? Look over there in that tent!” My heart swelled with my eyes as they held two little lumps buried under blankets. “There’s success, and you’re missing it!”

I jiggled my feet, uncomfortable as they were on stable ground. My heart swirled like a boat in a hurricane. But storms subside on their own time. “I best check the boat. We’re heading out at first light.” I stood, kissed my mom on the forehead, and slapped my hat on. Stepping out on to the porch, the salty wind greeted me like old friend luring me toward the pastel hues of sunset. I grabbed the door handle to my Jeep, and hesitated.

“Cowboy?” Her voice was strained, like it had been stripped of power. “Sometimes, the bravest thing we can do … is just stay.”

I felt hot tears tear down my face as the salty wind whipped past me toward the western horizon. “I came back for them.”

“They don’t need a cowboy. They just need their daddy.”

I turned to face her and a gust caught my hat and tore it away, tumbling west, an awkward phantom disappearing into the twilight.

I let go of the door handle and walked away from the sunset; on land stable as the man my two children needed me to be.

What are your priorities right now?

Zach Fox lives in Floyd, Iowa with his charming wife, Beka, and four kids. He spent two years in Master's Commission discipleship training, in Kansas City, and is ordained through the FCA. He specializes in writing short stories, and enjoys jogging and basketball recreationally.
Previous I Wonder: What Have We Forgotten About Freedom?
Next God’s Love Can Bring An End To Prejudice