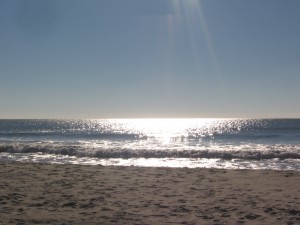 Our Hope: He Is Healer

‘Who touched Me?’ Jesus asked.  When they all denied it, Peter said, ‘Master, the people are crowding and pressing against you.’  But Jesus said, ‘Someone touched Me; I know that power has gone out from me.’ Luke 8:45-46 (NIV)

Jesus is Healer.  He has power, He has mercy, compassion, and love.  When the time is right, He heals, even today.

The verse above centers on Jesus walking with His disciples on His way to the house of Jairus, a ruler from the synagogue, whose daughter had fallen gravely ill.  She was only 12, and Jairus knew she was dying.  He had come to Jesus and fell to his feet before Him, pleading with Him to come to his house.

But while on the way to Jairus’ house, there was a woman who had an issue of blood for about 12 years, who had seen doctors but nobody could bring healing to her.  When she saw Jesus, she joined the crowd and managed to move through it and came close enough to touch the hem of His cloak.  This was the moment of her healing.  She did not have to ask, she did not have to beg, she did not even have to tell Him her story.  She was simply healed by the power within Him.  He stopped when this happened, because He knew what had happened.

All of us need healing of one sort or another.  It may be a physical healing.  It may be a small thing, like a sore knee, or it may be a huge thing, such as a chronic or even terminal illness.  But Jesus can still heal all these things.  Another healing may be needed for those who have been abused, or tormented, or who feel as if they have a curse on their lives.  Heartbreak requires healing.  Loss suffered requires healing.  So much that affects us as human beings requires healing.

God has provided physicians, medicines, and all kinds of scientific discoveries to aid us in healing, both physically and mentally.  But not all healings come.  Sometimes we have to face the fact that healing will not come to us in this life.  Does that mean we toss in the towel, that we give up all hope of healing?  No, it sure doesn’t.  Because while we still have breath in our bodies, Jesus can heal.  Sometimes our healing doesn’t come to us until we cross over the River Jordan.  In heaven we will never experience illness, or heartbreak.  We will have new bodies that will never become sick, and we will never die again.

The woman with the issue of blood fell at Jesus’ feet, trembling, and told Him her story.  She explained that she knew if she could just touch His robe, she would be healed.  And she was, instantly.  His words assured her that it was ok, He was not angry; He instead confirmed her faith, and that her healing came because of it.

Jesus went on to Jairus’ house, where by this time the girl had died.  He told her to get up, and holding His hand, she did.

He is Our Hope, and the healing He offers is for all of us.  We need only believe.  Through our faith, our healing will come.  Whether it comes on this side of the River Jordan, or on the heavenly side, we will indeed receive healing by His power.

Lili lives in central North Carolina. She writes devotionals and Christian articles and has been published in e-magazines, newsletters, and articles. She is a member of Faithwriters.com. She and her husband Chuck love to travel, and are animal lovers as well. They are active in their local church. Lili credits God for any inspiration that allows her to write. It's all about Him!
@@ohiolili
Previous “The Terrible Twos” and My New Gray Hairs
Next Training Up My Children