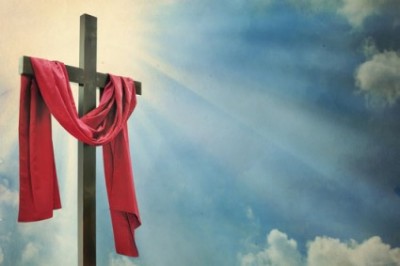 Our Hope: Not the End of the Story

Jesus rode triumphantly on a donkey’s back into the holy city, Jerusalem, during the Passover.  He was celebrated as a king. He spent a few days ministering to the people, freeing the temple from money changers, and healing the sick.

A few short days later, Jesus and His disciples shared a meal together, which we know as The Last Supper.  Jesus revealed parts of God’s plan to them, such as His betrayal, and Peter’s denial of Him. The gravity of this truth escaped them.  When they went to the Mount of Olives after the meal, Jesus asked three of his disciples to sit and watch while He prayed in the Garden of Gethsemane.  Yet they could not stay awake, but slept.  He found them this way three times.  He awoke them, reprimanded them, but each time Jesus prayed to His Father He found them asleep again.  Shortly thereafter, He was betrayed and arrested, and taken to the authorities who sought Him.

So Jesus was tried, found guilty, and crucified.  Pilate, the governor who tried Him, did not find Him guilty himself.  He declared Jesus innocent of all the charges.  Yet to be in good standing with the Jews, he allowed them to make the decision if Jesus would have life or death.  The very same people who celebrated Jesus as a king when He rode into Jerusalem were now clamoring for His crucifixion.

And so it was.  Jesus was tortured, beaten, was the subject of cruel jokes, and was forced to carry His own cross.  But He did it, and was crucified.  As He hung on a cross in misery, He still saved one thief, promising him paradise that very day.  Jesus gazed upon the face of His heart-broken mother, Mary, and gave the disciple, John, charge over her.  He also did a truly amazing thing–He asked forgiveness for those who did this to Him, for they knew not what they did.

Jesus died on that cross.  The veil in the temple was torn from top to bottom.  The dead rose up and came out of their graves, and lived again.  There were earthquakes, storms, and thunder.  But it was finished.  Jesus was dead.  End of the story.

But wait!  It was anything but the end of the story! Many thought it was.  He was dead, He was buried, and people went back to their homes.  But three short days later, Mary Magdalene and the other Mary went to the tomb to anoint the body of Jesus in the custom of the day.  The stone had been rolled away.  There was a man there, dressed in white, and he told them the One they were looking for was not there.  He was risen!  The women ran to tell the disciples this news.

Jesus appeared to His disciples several times in the coming days.  His hands and feet still bore the wounds of the nails used to hang Him on the cross.  He spent time with His disciples, teaching them how to continue His work after He rejoined His Father in Heaven.  This time when Jesus spoke, they listened, and they learned.

Jesus is Our Hope.  He proved that when He willingly went to the cross to bear our sins.  It should have been us hanging there, but that was not what He wanted.  He wanted us to be free, to live abundant lives, and He made perfect redemption available to us.  Hope was never quite understood before the day of Jesus’ resurrection.  Because He died, we live.  His grace and forgiveness are still ours today, because of the gift of life He gives to those who choose to accept it, and follow Him.  He is Our Hope.

“Put your hope in the LORD, for with the LORD is unfailing love and with Him is full redemption.”  Psalm 130:7

When did you understand what Jesus did for you on the cross that day changed your eternity forever? Would you like to share your testimony for the glory of Jesus? Please share it with us at www.mystoryofgrace.com.

Lili lives in central North Carolina. She writes devotionals and Christian articles and has been published in e-magazines, newsletters, and articles. She is a member of Faithwriters.com. She and her husband Chuck love to travel, and are animal lovers as well. They are active in their local church. Lili credits God for any inspiration that allows her to write. It's all about Him!
@@ohiolili
Previous Relentless Pursuit
Next The Prostitute and Prince Charming