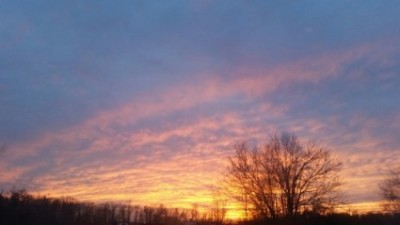 Our Hope: Peter Leads The Way

Peter had vowed he would always follow Jesus, his Lord.  He made claims that he would defend his Lord always, that no one could harm Him while he was around, and that He was totally devoted to Him. And, to be fair, that was pretty much the case.  Jesus, if He had been one prone to worry, would never have had to fear for His safety with Peter around.

But we also know that Peter was a very impetuous person by anyone’s standards.  He was one who lived in the moment, and often did not consider consequences until after the fact.   Therefore, he was sometimes viewed as not quite stable, with an immediate response to anger.

Yet Jesus chose him to be the one to continue the work of establishing His church.  Jesus obviously knew something about Peter that nobody else did.  First of all, He forgave him for his denial in the courtyard.  Remember, Jesus had told Peter, as he was vowing to protect Him always, that he would deny he even knew Him, three times before the rooster crowed.  And he did just that.

But Jesus trusted Peter.  He knew that once Peter understood the mission Jesus was on, he would be an effective and strong leader for the work of the church. Jesus was right.  Peter suddenly took a natural leadership attitude that most of us would love to have.  He stayed true to what Jesus had taught him and the other disciples.  He was not overbearing, and he was not “my way or the highway” in his relationships.  He was just strong.  He was faithful.  And he walked the way Jesus had taught them all to walk.  There was never a compromise.

After witnessing the ascension of Jesus to His Father, as the disciples were still looking at the sky, two men appeared by them in white robes.  The men questioned why they were still staring at the sky, and told them that Jesus would one day return to them in much the same way. (Acts 1:10-11)  So they returned to Jerusalem, and amazing things began to happen.

Peter led the disciples to choose one who would replace Judas, the betrayer of Jesus.  They chose two men, Mathias and Barsabbas.  After prayer, they cast lots, and Mathias was chosen.  Once again, the disciples numbered twelve, just as Jesus had established.

After the Holy Spirit came to the disciples (Acts 2:1-13), Peter gave a sermon at Pentecost.  With this, he established himself as a leader to the disciples and to the people.  He explained the effects the Holy Spirit had brought upon the disciples, and He gave examples from Old Testament Scripture, written by the prophet, Joel, foretelling this event.  Peter reminded the people of that they were, in part, responsible for the crucifixion of Jesus and that God had made Him both Lord and the Christ.

The Book of Acts is full of works and miracles done by Peter and the disciples, who were now apostles, ones who had witnessed Christ in the flesh.  Peter led the charge for teaching and preaching to the world, to bring those who did not know Jesus to the saving knowledge of Him.  He worked with the other apostles to establish the church and it’s rules and precepts.  His reward came when years later he was hung on a cross, crucified as His Lord was.  The difference was he refused to be crucified in the same way as Jesus; rather, he insisted on being hung upside down on the cross, as he was not worthy to die as his Lord had died.

Jesus is Our Hope, and because He is, we know He can and will use some of the most peculiar people to accomplish His purposes on this earth.  His kingdom is well served by those who follow Him in devotion, faith and truth.  He is Our Hope, our Lord, and He honors us by using us as His helpers.

How has God surprised you with His choice of servants? If you have a testimony of how God used you in a way you did not expect, please share it with us, through a comment on this devotional, and/or at www.mystoryofgrace.com!

Acts Apostle Peter Apostles church crucifixion of Jesus denial disciples God's choice He honors us by using us as His helpers Holy Spirit old testament Old Testament Scripture Our Hope Passover peculiar people Pentacost Peter Peter Leads The Way prophecy testimony the gates of hell shall not prevail against it the prophet Joel the Rock tongues as of fire witness www.mystoryofgrace.com 2015-04-08
Lili

Tags Acts Apostle Peter Apostles church crucifixion of Jesus denial disciples God's choice He honors us by using us as His helpers Holy Spirit old testament Old Testament Scripture Our Hope Passover peculiar people Pentacost Peter Peter Leads The Way prophecy testimony the gates of hell shall not prevail against it the prophet Joel the Rock tongues as of fire witness www.mystoryofgrace.com

Lili lives in central North Carolina. She writes devotionals and Christian articles and has been published in e-magazines, newsletters, and articles. She is a member of Faithwriters.com. She and her husband Chuck love to travel, and are animal lovers as well. They are active in their local church, where she teaches the Senior Adult Sunday School class, and he serves as a deacon. Lili credits God for any inspiration that allows her to write. It's all about Him!
@@ohiolili
Previous I Don’t Want To Be An Orphan Any Longer
Next God is Able, and He Wants to Help You