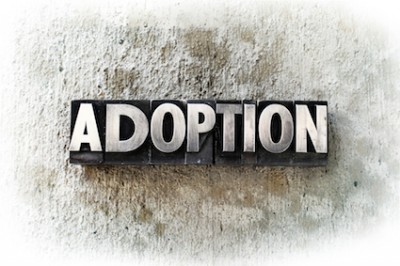 I Don’t Want To Be An Orphan Any Longer

An orphan is a child without parental care and affection. To be orphaned means to be cut-off from the love, protection, and provisions a parent can provide. We all are born spiritually cut-off from our heavenly Father. Christ’s resurrection made it possible for us to not be orphans any longer.

It is the gracious gift of adoption. I have experienced it twice in my life. I was first adopted by two loving Christian parents at the age of five. I was an orphan. I spent most of the first year of my life in an actual orphanage in Oklahoma before they turned them into state schools. I didn’t fully understand at age five what an orphan was, but I knew I did not want to be one any longer.

I was adopted again spiritually by my heavenly Father on the last day of a week-long revival when I was nine-years-old.

Rene Spitz, in a South American orphanage, observed ninety-seven orphans who were deprived from emotional and physical contact. Other than essential care and feeding, they received no nurturing and little touching. In three months, these children ages three months to three years, started showing severe signs of abnormalities. They lost their appetite, had trouble sleeping, and laid there expressionless. Only twenty-one of them survived and most had serious psychological damage. [Unfinished Business, Charles Sell, Multnomah, 1989]

We have all been given the gift of life. Blood flows through our veins, but we require more than just life and blood. We all groan within ourselves, for we know that we need more. We have been given a body, but it is a body of death. It will die. This body of death needs and cries out for redemption. It searches and it waits for some way to regain what it has lost. Like the orphans observed in South America, we are the living dead; without God’s touch and without His care.

We run this race called life. We strive, we work hard, and we labor. It is like a marathon. We all hit a wall sooner or later. It is that point in our lives when we realize the enemy is too strong and the finish line beyond our reach. We are shown just how defenseless our city is and how barren our land has become without our heavenly Father’s loving care. Will His Spirit of Truth convict and convince us that without Christ we are left as orphans? Will we then cry out to God in total dependence, as an orphan, “Abba, Father; I don’t want to be an orphan any longer!”?

In what ways may you still be living in a spirit of bondage, living like you are fatherless, feeling like you have been left defenseless against the enemy, and without His love?

When was the last time you cried out, “Abba, Father!” knowing you have received the spirit of adoption, mourning your own sin, the sin of others, or the sin of our nation?

Who else can you pray for to decide they don’t want to be an orphan any longer?

Have Rule Over Your Son Again

I am a layperson with 35 yrs. of teaching Sunday School, bible studies, and preaching on occasion. I teach a bible study in a local prison. I am a 36 yr. counselor/social worker. I am disabled and have devoted the past four years to studying, praying, and writing about my greatest love; this gospel of Jesus Christ that has the power to save a man's soul. I also write devotions for a Church in Marion, VA and I write for an orphanage/ministry in Zambia, Africa.
Previous Don’t Get Too Close
Next Our Hope: Peter Leads The Way