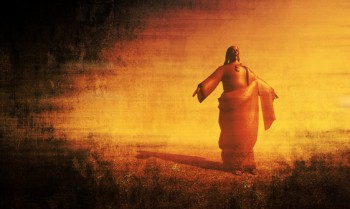 Our Hope: The Temptation of Jesus

Satan knows no bounds, and the temptation of Jesus was too much of a temptation for him to resist. If he could beat the Son of God, then he could beat the Father Himself.  He knew Jesus was hungry and tired.  He imagined that after all the time he had spent trying to tempt Jesus, he was just about to celebrate his victory.

One thing we know about Satan is that he is not a quitter.  No matter how many times we fend him off,  he keeps coming back.  He is not about to give up, because to destroy our lives is the most important thing to him, that, and to ultimately defeat Jesus.

Satan showed Jesus all the kingdoms of this world from atop a high mountain.  He said if Jesus bowed to Satan, He would have all authority and glory, because he would give it all to Him.  But Jesus knew better.  He knew Who held the real authority, and the glory.  He knew these promises were false and not able to fulfilled by this deceiver.  He also knew that His Father would, in due time, avenge Himself, and His people, on this same devil.

Satan really went overboard with this last statement.  He had no authority at all.  He did not own anything, or have the power to bestow the things he promised upon anyone.  Did he actually think that the Son of Jehovah God would weaken, and permit Himself to bow down to one such as this?  Satan was cast out of heaven by the Father Himself.  It was a certainty that Jesus would not worship at his feet.

At the end of this exchange, Jesus returned with, “Get behind Me, Satan!  For it is written , ‘You shall worship the LORD your God, and Him only you shall serve.’ ”  (Luke 4:8)

Satan’s next ploy was to take Jesus to Jerusalem, and he set him at the top of the temple.  Here, he told Him to throw Himself down from the pinnacle, and then he quoted scripture, “For it is written, ‘He shall give His angels charge over you, to keep you; in their hands they shall bear you up, lest you dash your foot against a stone.’ ”  (Luke 4:10-11)

Our enemy knows Scripture.  This comes as a surprise to many, that such an evil being would know the words that God spoke.  But remember, he once lived in heaven, and held a place of influence among the angels.  But he sinned, because he wanted to take God’s throne for himself.  He, along with the angels who banded with him, were thrown out of heaven forever.  He knew Scripture, and he had no trouble quoting it when the opportunity presented itself.

Jesus ended the encounter with this statement, “It has been said, ‘You shall not tempt the LORD your God.’ ” (Luke 4:12)  Satan went on his way, to await a more opportune time.  He was not giving up.  He has not given up even to this day.

Jesus is Our Hope.  When He defeated death, He defeated the devil as well.  Jesus has the greater power.  At the same time, we should never assume Satan has no power.  He is a dangerous adversary.  But when we tell him to flee in the name of Jesus, he must do so, though he is sure to try to mislead us again.  Every time we demand he flee, he will.  Our Hope has given us all we need to stand strong against the Devil in the form of the Word of God, the Holy Scriptures.

Have you had recurring attacks from our enemy, Satan?  What weapons did you employ to send him on his way?  Share your story of overcoming his temptations with us!

Lili lives in central North Carolina. She writes devotionals and Christian articles and has been published in e-magazines, newsletters, and articles. She is a member of Faithwriters.com. She and her husband Chuck love to travel, and are animal lovers as well. They are active in their local church. Lili credits God for any inspiration that allows her to write. It's all about Him!
@@ohiolili
Previous Love In Action
Next Love Keeps No Record of Wrongs