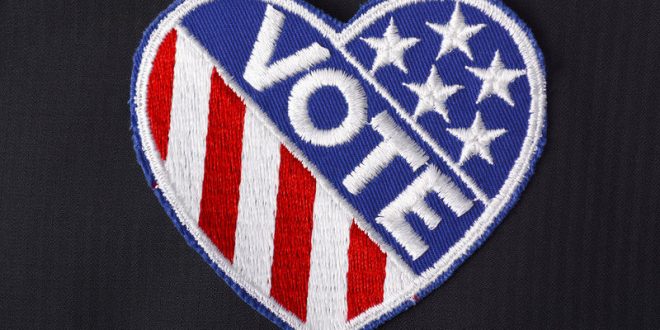 The Christian’s Guide to Voting for the Right Candidate

On November 8th, something huge in going to happen in the United States of America.  For many of us it is the day we will vote for the next president of our country.  Not only that, but many others will be elected into important positions as well, who will go on to shape possibly some of the most important years in our nation’s history.  So much is at stake.  Our very lives rest in the hands of people we barely know, yet we have to decide if we are willing to gamble on them with our well-being.  It’s a tremendous honor and responsibility that requires serious consideration.

With all that being said, I’m not here to tell you how to vote or who to vote for because it’s something that needs to be near and dear to you, and regardless of whether we agree or not, we all have to decide for ourselves if we are making what we feel would be the best decision.  However, I do want to talk about this topic for a bit so you can see what I see this election year.

Who are we voting for?

For most of us the answer is very simple.  Our main focus in whether we are voting for Donald Trump or Hillary Clinton.  Of course there are others who we need to consider for their respective positions, and policies we need to think about as well.  When it is all said and done, hopefully we will pick up the best leader whether we happened to vote for them or not.  Could it be Donald Trump?  Could it be Hillary Clinton?  Well let me tell you, either way we will end up with who should be there.  Here’s why:

Romans 13:1-2   Let every soul be subject unto the higher powers. For there is no power but of God: the powers that be are ordained of God. Whosoever therefore resisteth the power, resisteth the ordinance of God: and they that resist shall receive to themselves damnation.

Those are some pretty serious words.  That means we could get the candidate with the worst knowledge or intent, and we can still be “Under God”, because it was within His will and ordinance for them to be there.  Not only that, but He may very well use their faults for something beyond amazing.  Even Israel had to go through numerous hard times and trials, like our country is going through now.  They even lost their identity as a nation for many years, until it was eventually restored in 1948.  That never meant they were not “Under God”, but if His chosen people can go through this, why can’t the rest of us, who are chosen by Him, go through this too?

Sometimes the Worst Choice is the Best Choice

Okay, I have got to get this out of my system.  It is a verse I refer to very often and I’m sure many of you do as well.

Romans 8:28 And we know that all things work together for good to them that love God, to them who are the called according to his purpose.

That is such an important verse.  It means even the terrible things are used for good for God and all of us who love Him.  Now wouldn’t that include leaders?  I think it does.

Moses – When he fled from Egypt, he probably thought he would never return.  He had just held one of the highest positions in the land, yet he had also slain someone who was beating a Hebrew slave.  He was afraid, confused, and probably had no idea what he was going to do.  Yet God used that time to mold Moses into someone better than he ever was as a prince of Egypt.  He became a prince of God, and he delivered the Children of Israel from the most well known deliverance in the history of mankind, with the one exception of our deliverance through Jesus Christ.

Judas – We all know what happened here.  Judas was one of the twelve.  He was one of “the guys” who walked with Jesus and carried out great works in Christ’s mighty name.  Yet, he was also one of the most treacherous men ever in that he sold out our Savior for 40 pieces of silver.  He was so guilt-ridden that he ended up throwing back his reward before he lost his very life.  What a horrible way that must have been to die.  Yet, his very mistake was at the core of God’s plan to bring about the death and resurrection of Christ.  I mean come on, Jesus even announced it at what is commonly known as “The Last Supper”.  It was no surprise.  It was all part of God’s plan to bring about events that had to happen.

Paul – Now why would God choose this man?  He used to lead soldiers that persecuted and killed Christians.  He carried the blood on his hands of men that would one day be his brothers.  Yet, even when Paul was doing these horrendous things, God knew he was a man of duty, and that is why Christ appeared before Paul, when he was known as Saul, on the road to Damascus and redirected him on to a much more important path.  Paul never did seem to get over his past, but he also never doubted God’s hand.

So why are these men important?  Because God, within His very will, determined He was going to use them for great things.  And it wasn’t just them, but it’s also you and me.  Whether we do something intentionally that is bad or something good, God is going to mold it into something greater and use it for a purpose.

The United States is dealing with some of the hardest times we have ever faced.  Our nation is divided, but we also have an opportunity to be whole in Christ.  So whether we get a billionaire or the first female as our president, God is going to use their deeds for His plan.  It doesn’t necessarily mean that we won’t face hard times, or even go through a season of national prosperity, but we can be assured of one thing…

Romans 8:38-39 For I am persuaded, that neither death, nor life, nor angels, nor principalities, nor powers, nor things present, nor things to come, Nor height, nor depth, nor any other creature, shall be able to separate us from the love of God, which is in Christ Jesus our Lord.

Please go and be blessed, and even if you vote for a candidate who turns out to be terrible, you still voted for the right person if you voted with your heart, because that is always what God wants, and He can makes things better even if we get it wrong.  Thank you for reading and God bless.

Joel M. Bauer is a 45-year-old U.S. Army Veteran from Dunn, NC, which is just outside of Raleigh. After being honorably discharged from the U.S. Army, he attended school at Taylor University, a Christian liberal arts school, in Fort Wayne, IN, where he received his BS in social work and psychology. He has worked in such places as a homeless shelter, a community based treatment center for severe mental illnesses, a school for troubled students, and other social service agencies. His current endeavor is to build The Bottom Line website into a site that inspires both Christians and non-Christians alike, and brings glory to God.
Previous Six Ways To Have An Exciting Christian Journey
Next Anxiety or Peace: You Make the Choice!