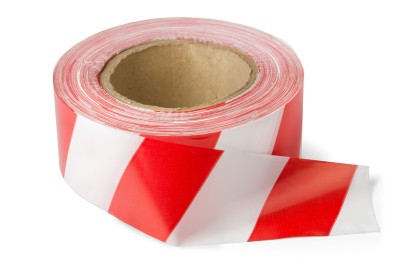 When Silence is Dangerous

Before C.R.M. (Crew Resource Management) was adopted by the FAA, the captain of a commercial airliner was not to be questioned when in command of his aircraft. In an emergency, all decisions were left to his judgment. It would take the loss of several commercial jets to change how emergencies were handled in the cockpit.

In late December of 1978, a United Airlines DC-8 carried 189 souls preparing to land in Portland, Oregon. When the landing gear was engaged, it did not lock in place on the right side of the plane. The captain made the decision to request a holding pattern over Portland while the crew tried to determine if the gear was actually in place for a safe landing. As the plane circled and the flight crew worked on the problem, fuel began to run low. Although the flight crew made vague comments to the captain, no one gave an urgent directive toward the fuel gauges, as the incident occurred in the days before C.R.M.  Sadly, the DC-8 made a crash landing near the airport after running out of fuel and 10 lives were lost. This disaster is just one example of when silence is a danger.

In July of 1989, on a beautiful and clear day, United Flight 232 lifted off at Denver International Airport—Chicago bound. Over farmland in western Iowa, engine no. 2 exploded, taking the hydraulic lines with it. Captain Alfred C. Haynes struggled to keep control of the aircraft. Seated in first class was Captain Dennis E. Fitch. Captain Fitch was also a DC-10 flight instructor  and he offered his help to the flight crew. Captain Haynes immediately accepted and allowed Captain Fitch into the cockpit to assist in the difficult landing. Ultimately, Flight 232 had to make a crash landing, but over 100 souls on board were saved through the efforts of the brave men who handled the dire situation with expertise.

Had C.R.M. not been implemented before that day in 1989, Captain Fitch would have sat in first class, unable to even suggest his assisting the captain of the flight. The outcome may have been quite different had the experienced instructor been unable to communicate with the crew and offer his assistance.

For the Christian, silence becomes a danger to others when we do not take opportunities to share the Gospel, or pray for them. We have all experienced a missed opportunity, but for the believer silence is really not an option:

Most Christians have a desire to share the love of Christ and the message of His saving grace with others, yet we find it to be a struggle for various reasons. Often, it is the idea of failure that keeps us silent. Still, it is important to remember the words in 1 Corinthians 3:6 when the opportunity to share with someone presents itself:

I planted, Apollos watered, but God [all the while] was causing the growth.

Our responsibility is simply to do what we can  to help lead others to Christ: talk with them, share Scripture, listen, or simply pray for them in our own prayer times. Just as communication between members of a flight crew and their captain is essential to the safety of the souls on board their aircraft,  communicating with souls in need of   the message of salvation has consequences of eternal importance. And  whether we plant, water, or see the final harvest, we have a place in the process!

Do you struggle to share Christ with others? Have you considered that your role may be to help them along the journey–planting the first seeds of truth or watering what another has planted?

My husband Dan and I have three children and three grandchildren. We live in central Illinois. I am a graduate of The Institute of Children's Literature, a member of faithwriters.com, and a member of SCBWI. My writings have been published at chirstiandevotions.us, in DevotionMagazine, the PrairieWind Newsletter, and here at thebottomline.co.
Previous Our Hope: The Indescribable Gift
Next Our Hope: The Number Three