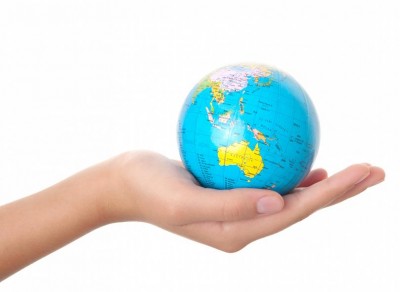 “That man is going to encounter Jesus today.”

So said Joshua A., a young boy half the size of the notorious drug dealer whom he pointed out to his pastor. Moments later, Joshua had confronted the man, staring up into his face, demanding that he hand over all his drugs. After repeating his statement twice, the dealer finally obeyed. Joshua exhorted the man to bring the rest of his drugs. The man disappeared inside his house, and returned minutes later with an enormous stash of drugs that he gave Joshua. Following this, Joshua led the man in a prayer confessing Christ as Lord.

I had the privilege of meeting Joshua, now 17, when he preached at our church last week.  From Stamford, Connecticut, Joshua is a normal teenager, except that he only has one lung, and because of other internal complications, the doctors never expected him to live past infancy.  What sets this young man apart is that he is walking in the Spirit and passionately on fire for Jesus Christ.

Young Joshua preached a sermon on transformation, and we did not learn of his health issues or hear the incredible stories of how God has used him to advance the kingdom of heaven in his community until afterward, when his pastor told us.

“Don’t let anyone look down on you because you are young, but set an example for the believers in speech, in conduct, in love and in purity” (1 Timothy 4:12).

This is an amazing scripture because Paul is telling Timothy that, not only is he a channel of God’s grace and power, despite his youth, but he is actually to set an example to those older than he!

God spoke strongly to me through Joshua and another group of teenagers that ministered later that day, reinforcing the fact that age, experience, doctrine, and  background are secondary requirements for His kingdom. What God can use is a life fully surrendered to Him in faith. And use it He will! When I heard how the Holy Spirit moved and prompted Joshua, it definitely spurred me on to good deeds, causing me to be jealous to see the kingdom in the same way.

Teens, have you surrendered your life to God? Are you expecting Him to use you in extraordinary and supernatural ways?

Emily Tomko's radical encounter with the Lord while at a nightclub changed her life forever and inspired her first novel, College Bound: A Pursuit of Freedom. She is the author of seven books, including 31 Thoughts on Prophecy and Leaving the Shallows: igniting the faith that overcomes the world. Her tastes tend toward vintage and she's a Germanophile, having spent a year in Bremen and Nuremberg. Emily loves the scriptures and writes with fierce compassion and a deep desire to see people freed from the miry clay of this world and walking in the truth.
Previous Mothers, Care for your Children on Behalf of your Husbands
Next Take Life As it Comes