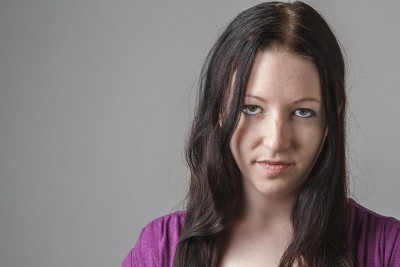 passive aggressive behavior is a prevalent and damaging expression of anger

In a previous post, passive aggressive behavior was explored and some examples given of what it can look like. Passive-aggression is a dysfunctional means of communicating anger or resentment through procrastination, sullenness, pouting, obstructing, feigned forgetfulness, and other methods that avoid direct confrontation. Passive aggressive people may be seething with hostility or bitterness, but they are masters at covering it with a smile. People who operate in this behavior refuse to be honest and open about their wants or their anger, so they get what they want through manipulation and underhanded means, thus the passive nature of the aggression.

Passive-Aggression is often difficult to recognize, but can be pinpointed in the disconnect between what people do and what they say.

Today, we’ll explore some root causes of passive-aggressive behavior, as well as some tips for interacting with those who operate this way.

It is important to differentiate between exhibiting these characteristics from time to time and functioning in them continually as a personality disorder.

Here are some of the root causes of why people adopt these behavior patterns:

Anger is not socially acceptable, so masking it and subverting it through other means becomes the norm with passive-aggressive individuals.

Interaction with passive-aggressives can be frustrating and exhausting. Their behavior often tends to be immature and juvenile. Because they cannot be honest with their feelings, either to others or to themselves, they are set up for failure in relationships.This extends to the workplace, to extended family, and of course, in their marriages.

Modern psychology often misses the mark in that it fails to recognize man as foremost a spiritual being. Man is a triune being, comprised of spirit, soul, and body. Thus secular psychoanalysis misses the key point: we wrestle not against flesh and blood (Ephesians 6:12). Spiritual components of bad behavior must be recognized and addressed, along with soulish (psychological/mental/intellectual) and physical aspects. In light of this, here is some general advice on dealing with passive-aggressive behavior:

A person who refuses to be honest will not accept personal responsibility for anything he or she does. (We have people in office right now and presidential candidates who exhibit this to a tee.) However, we are obligated to point out the truth, whether they will accept it or not. The truth carries with it a weight of its own.

I personally have an amazing testimony of an individual who has had this behavioral issue and who was massively disruptive in social settings. A group of us fasted and prayed for him for one week, and got together corporately one evening to pray as well. That very week, he had a breakthrough with his extended family. Two weeks later, the individual apologized to me for the first time ever. God is good!

Who in your life comes to mind as you read this article? How is God asking you to respond?

Emily Tomko's radical encounter with the Lord while at a nightclub changed her life forever and inspired her first novel, College Bound: A Pursuit of Freedom. She is the author of seven books, including 31 Thoughts on Prophecy and Leaving the Shallows: igniting the faith that overcomes the world. Her tastes tend toward vintage and she's a Germanophile, having spent a year in Bremen and Nuremberg. Emily loves the scriptures and writes with fierce compassion and a deep desire to see people freed from the miry clay of this world and walking in the truth.
Previous Making Moments Matter: Investing Time With Your Kids Part 1
Next When Life Get’s Hard, Don’t Quit–Pedal!