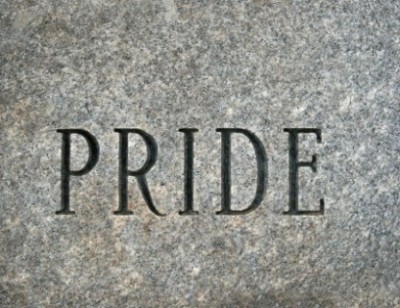 “not even God himself could sink this ship”

(employee of the White Star Line, 1911 launch of Titanic)

They named her Titanic and it suited her.  She was a beauty, the largest, most luxurious ship to ever sail when she left port at Southampton, England, on April 10, 1912. She was filled with beautifully crafted furnishings, bright oriental rugs, and gorgeous chandeliers throwing light on her loveliness.

Her builders believed that this queen of the seas could not sink, so they didn’t fit her with enough lifeboat space for every passenger traveling aboard. But over-confidence would be her demise and that of over half of the souls she carried toward New York on the cold night of April 14, 1912. An ominous telegram sent word that the British steamer had collided with an iceberg causing severe bow damage, the extent not known. Titanic would sink into her watery grave less than three hours later.

It’s not likely that most believed that God Himself could not sink a ship if He wanted to, it was merely an expression of pride in the majesty of the luxury liner called Titanic.  But pride in our hearts is more insidious, and much more dangerous.  Like an iceberg, it can hide itself in our abilities and strengths, making us believe that we can do things on our own.  Without even being aware, we can take an attitude that we are able to do things in our own capabilities alone. But God calls this kind of pride an offensive sin:

Everyone who is proud and arrogant in heart is disgusting and exceedingly offensive to the Lord; Be assured he will not go unpunished. Proverbs 16:5

Strong words against the sin of pride for sure! The bible warns that it goes before destruction. It is so ingrained in our human nature, what can we do to overcome its icy grip? A good start is found in Romans:

For by the grace [of God] given to me I say to every one of you not to think more highly of himself [and of his importance and ability] than he ought to think; but to think so as to have sound judgment, as God has apportioned to each a degree of faith [and a purpose designed for service]. Romans 12:3

My husband Dan and I have three children and three grandchildren. We live in central Illinois. I am a graduate of The Institute of Children's Literature, a member of faithwriters.com, and a member of SCBWI. My writings have been published at chirstiandevotions.us, in DevotionMagazine, the PrairieWind Newsletter, and here at thebottomline.co.
Previous When God Picks Someone Else
Next Be Content, My Soul