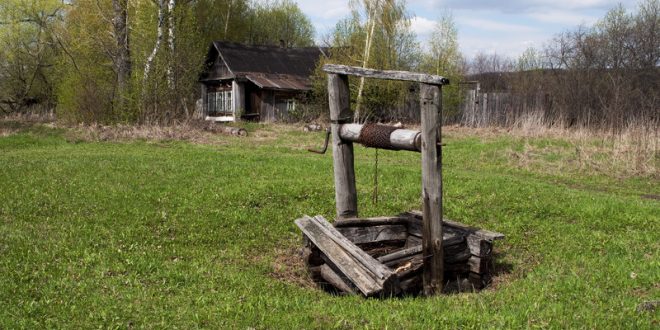 Thomas was a  Nebraska farmer in the late 1800’s. He and his family enjoyed a good life, though one filled with demanding work.  All was well until the day his wife and three children fell ill in quick succession with all the symptoms of Typhoid Fever, an often-deadly disease brought on by salmonella bacteria in food and water.  A doctor was summoned by the confused husband and father as he struggled to understand the source of the dreaded illness. But the doctor thought he knew…

“Have you checked your well?” he inquired.    Upon inspection, the farmer found several dead rats and the carcass of a dog deep inside the well that served as his family’s only source of water. Tragically, that contaminated water soon took the lives of his wife and children.

Sin is like that polluted well. It has a way of getting in almost before we know it, bringing spiritual disease.   And like dead things in the bottom of a well, it can stay hidden for a time until it inevitably shows itself in some destructive way.

In James 1:21, God warns us to “get rid of all that is wrong in our life, both inside and out,” and to let the message of salvation save our souls as we allow it to take hold of our heart.

God’s Word is just the “medicine” we need to protect us from  all that would seek to pollute our lives when applied to the temptations and weaknesses we face. Don’t let sin creep in and pollute your spirit!  Instead, get rid of all that is incompatible with holiness and purity.

My husband Dan and I have three children and three grandchildren. We live in central Illinois. I am a graduate of The Institute of Children's Literature, a member of faithwriters.com, and a member of SCBWI. My writings have been published at chirstiandevotions.us, in DevotionMagazine, the PrairieWind Newsletter, and here at thebottomline.co.
Previous Can Christians Use Drugs And Alcohol?
Next Our Hope: Forever True