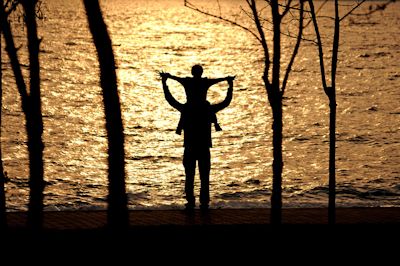 Character Lessons From A Day With My Son

This past Saturday, I decided to take my nine year-old son, Zeek, to work with me. It would be a good character building experience for about four hours. About an hour into the regiment of sounding fire hydrants for leaks, I noticed something. My kid’s got ears like his old man! He found a leak on a Detroit water main line after listening to a single fire hydrant. We had a great time together, and honestly it had been awhile since he and I did anything together; just the two of us. Sometimes he feels as if he gets lost in the shuffle of our seven person family. So, I decided to take him to the movies. We checked out “Earth to Echo.”

This was a pretty good film about three pals and their awesome adventure. Tuck, Alex and Munch are all set to part ways, when an opportunity to hang out one last time turns into a series of pretty hair-raising events taking place as the trio try to find a way to return a lost alien to his spaceship.

But during the adventures, the boys learn what the real meaning of friendship is. They discover sacrifice, courage and comradery overnight. Not to mention, they pick up a tag along girl, Emma, from school that each boy happens to have eyes for.

Zeek learned a valuable lesson during the movie: when you have a pal by your side, there isn’t much you can’t accomplish together. I would imagine the disciples probably felt that way when Jesus sent them out by twos.  Mark 6:7 says,

“And he called unto him the twelve, and began to send them forth by two and two…”

I’ve got a pal in my life, closer than my little brother. He’s my Paraclete: the Holy Spirit. He’s always around when I need help and with Him in my life, I can accomplish just about anything. Zeek and I talked about the Holy Spirit, on our way home. My son knows he has a pal in his life that will never let him down. Just as Tuck, Alex, Munch and Emma saw the task through together, so too does the Holy Spirit guide us through life, never leaving our side. Pals are awesome.