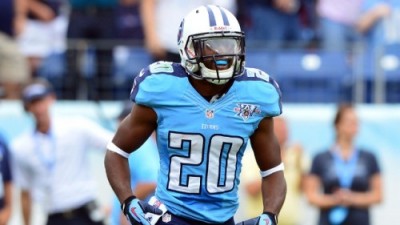 Normally, when you hear about an athlete giving away something to his or her fans it is usual tickets to a game, previously worn equipment, or something autographed by them.  This past Christmas, seven NFL athletes gave away something a bit more meaningful to their followers.

In its third year, the athletes were able to give away 500 Tyndale study bibles to their Facebook, Twitter, and Instagram followers.  Some of the athletes asked trivia questions whiles others posed the question of what their favorite verse was.

Tampa Bay’s cornerback Verner was quoted saying, “This is the season of giving and what better gift to give someone than a Bible.”

The giveaway is head by Athletes for Charity president Cathleen Laporte.  According to The Christian Post, Laporte stated, “We’re using our social media as a platform to share the word of God and to gift the greatest gift, a Bible.”

Personally, it is a breath of fresh air to hear of athletes who are taking the time off the field to spread the Word of God through their respective social media outlets.  God has gifted these athletes with a platform and they are using it to better the Kingdom of God.  I look forward to next year’s giveaway to perhaps see even more athletes giving away Bibles to their followers.

We may not have a platform as vast as some of these athletes, but we should ask ourselves, “what are we doing on the platform God has given us to further His Kingdom?”  Just remember that no matter how small the platform, God has still given us an opportunity to share His Word and the truth of Salvation with those around us.

Although graduating with a Communications degree from Liberty University in 2008, I took a long break from writing until finishing my Master's in Education this past year. I currently reside in Lynchburg, Va with my wife and two children. By day, I work in insurance and by night I am a writer. When not playing with my kids and spending time with my wife, I enjoy spreading God's word through my writing.
Previous Finding Contentment In A Troubled World
Next Overcome Lucifer’s World