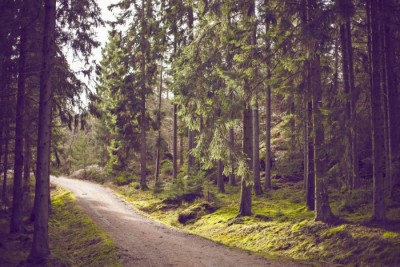 We have free will.

Long before humans were created, God had created the heavenlies where the angels live. The highest-ranking angel was named Lucifer, and Lucifer had been endowed with great intelligence and musical ability. God made him like a god (Isaiah 14:12).

Like us, God created Lucifer and his angels with the ability to choose evil or good. Lucifer chooses evil. He becomes filled with pride and obsessed with the desire to become God. Powerful and persuasive, Lucifer takes with him one third of the angels he’d led in worship of God. From the moment of his rebellion against the Lord, he is cast to the earth and henceforth known as Satan and his angels as demons (Revelation 12: 7-9).

Satan still lives. He is the “god of this world” (2 Corinthians 4:4). All of us, because we have inherited the sin nature from our parents beginning with Adam and Eve, are under his dominion – until we accept Christ.

Accepting Jesus Christ is being born of God. We are birthed into the world as sinful beings, separated from God. We love indulging in “the lust of the flesh, the lust of the eyes and the boastful pride of life” (1 John 2:16). We’ve used people, bragged about our lives, inspired envy in others, and do other unloving things. This is being of the world.

As a consequence, we share in Satan’s eventual punishment of hell because the wages of sin is death (Romans 6:23).

But God loves his human creation. He gives each person the option to become a child of God through a spiritual birth, which is repenting of our sin and believing in Jesus for our salvation. We need this new birth. Without it, we remain under the devil’s dominion and cannot ever please God. Only Jesus pleased God and only in believing in Jesus can we also please God.

While Jesus prays to the Father for believers just before his crucifixion, He says, “They are not of the world, even as I am not of the world. For their sakes I sanctify Myself, that they themselves also may be sanctified in truth” (John 17:16-17). To be of the world that Jesus comes from – the kingdom of God – is to be in the truth. It’s much more than this, but health and freedom and communion with our heavenly Father springs from the clean well of truth.

To reject Jesus is to choose a world that takes after Satan. It is a world based on lies and selfishness and all that’s harmful and will in the end manifest itself for the nature it really is – hell.

Of which world are you?

God wants us to be of His kingdom, believing in Jesus, living in the truth, experiencing joy, enduring trials, and fighting the good fight of faith – always from the stance of already being a conqueror (Romans 8:37).

lives in Minnesota where the winters are long and harsh, white and beautiful (think Frozen). She loves writing Christian fiction and has published a book about the steadfast working of God's love and truth in the midst of personal, relational, and national turmoil - Kingdom Horizon. Check it out! Along with other TBL writers, she is a member of faithwriters.com. She also likes being with children and works as a substitute teacher. Thanks for reading this and hope you are blessed by The Bottom Line website.
Previous Athletes do more than sign autographs
Next Does grounding a teen work?