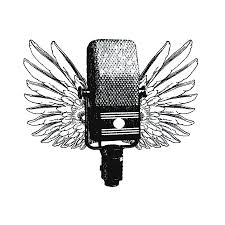 Music. Everyone has a favorite song. Whether it’s soothing melodic classical or hard hitting hip hop, there’s a song for everyone. Music affects the mind, body and soul in a way unlike any other type of media. Sometimes, it can stir up feelings of empathy. Other times, it can rally a one-man cause within our souls.

I listen to a lot of sermons preached by Pastor John MacArthur. During one sermon, Pastor MacArthur laid out the roles of the three Arch-Angles before the great uprising; Michael as the general of heaven’s army, Gabriel as God’s messenger, and Lucifer: the Holy worship-team leader. Is it any wonder how it’s possible for Satan to enslave so many people through the use of music today? If I lost you momentarily, let me tell you that before he was called Satan, the father of lies, his name was Lucifer.

I was around when hip hop music first hit mainstream media head on. In the beginning, radio stations would only play a single song in the wee hours of the morning, because it wasn’t known how the general public might react to the new music style. For the most part, the music was safe to listen too. Rappers sang about sneakers, freedom, and jokes. But all too soon, lyrics changed dramatically to taboo subjects. Drugs, illicit sex, violence and destruction swept the airwaves. Overnight, it seemed like the raunchier the lyrics, the more airplay the songs received.

Today, we have two generations of people who have been hyper exposed to the music of the culture. Satan’s influences in music have stretched so far, even television commercials employ raunchy-lyric melodies to sell products. Our children are constantly bombarded with it. Now I’m simply speaking of the hip hop culture. But, his hold crosses the board from pop all the way into country.

But there is hope for my beloved hip hop culture. Today, there is a movement slowly making its way into the psyche of American mainstream music. Christians are beginning to gain attention. Led by the presence of superstars like Lecrae, Andy Mineo and Da T.R.U.T.H., this music packs a wallop on sound systems, while the artists unashamedly preach the gospel of Jesus through rhyme. The music incorporates scripture, and takes on difficult subjects like premarital sex, drug selling, and pornography; all the subjects secular music tends to glorify.

The music is winning souls to Christ. Despite its limited exposure on the mainstream front, “Jesus-Music”, as it has been coined, is connecting with the new millennium children. They hear it, and they’re listening. Best of all, the music is driving them into God’s word. It’s not just hip hop either. Contemporary Christian giants like Chris Tomlin, Colton Dixon, and Newsboys are also capturing the hearts of the young and old alike. Folks who might have never have picked up a bible, are now interested in God through the music. The Lord makes a way for truth to shine through popular music today; even my own.