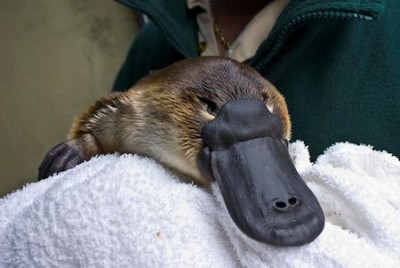 I’m sure many of you have heard the old question and answer:

Q: How do you know God has a sense of humor?
A: Well, He created the platypus!

The platypus is certainly an odd animal and I don’t claim to know two cents about them, so I would have to certainly agree that this animal represents God’s sense of humor, and probably even throws a monkey wrench into what a lot of people think about subjects such as macro-evolution. However, I’m not here to get into an creation/evolution debate with anyone. At least not today.

So, I was thinking that if we have silly creatures, like the platypus, that indicate that God has a sense of humor; is there anything in the Holy Bible that would suggest such a thing. And the answer is, “YES!”

First, consider this. Genesis 1:27 tells us that we were created in God’s image, so if we have a sense of humor, and we are supposed to represent the image of God, then it would seem logical that God has a sense of humor as well. But wait…there’s more…

I could go on with the list. The thing is God’s actions are consistent with the scripture that he uses foolish and weak things to deal with those who need humbling or who come up again Him and His people. In short, He does things “outside the box” and I would suggest that He certainly has a sense of humor.

Friends, God does everything He does with purpose, so if you see a good quality in us, you can be rest assured that God shares that quality as well. We were created in His image, and with the exception of having a sinful nature, we have a very high resemblance to the example of Christ. At least we should be similar to Christ in our nature, and especially how we respond to life. If we’re falling short, let’s make it a point in our life to get back on track. You’ll feel better about yourself and you’ll find yourself closer to our Lord and Savior. Thank you for reading and God bless.

Joel M. Bauer is a 45-year-old U.S. Army Veteran from Dunn, NC, which is just outside of Raleigh. After being honorably discharged from the U.S. Army, he attended school at Taylor University, a Christian liberal arts school, in Fort Wayne, IN, where he received his BS in social work and psychology. He has worked in such places as a homeless shelter, a community based treatment center for severe mental illnesses, a school for troubled students, and other social service agencies. His current endeavor is to build The Bottom Line website into a site that inspires both Christians and non-Christians alike, and brings glory to God.
Previous Faith in the Deep
Next Breaking Through with Jesus-Music