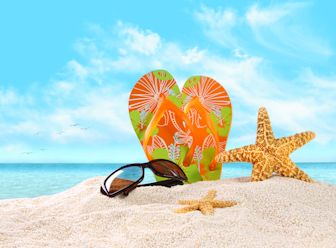 There are plenty of “celebrity Christians.” These are the the sports figures, musicians, television stars, and media personalities who refer to themselves as being Christians. They are in a position to be a public example of what a Christian really is, but how many of them are giving people a true representation of what it means to be one?

The problem is that the word “Christian” means different things to different people, so it must be defined. In his most recent book Billy Graham defines it this way. “Until you have surrendered to Christ by a conscious act of your will, you are not a Christian.” So, a Christian is not one who simply goes to church, reads the Bible, or does good deeds, but one who has turned his or her life over to the control of Jesus Christ, the Son of God, through a conscious act of will. It is so easy, though, for a celebrity who professes to be a Christian to reinforce the world’s view of what a Christian is. That is true of each of us, but especially of those who are in the public eye.

Another question to ask is whether or not they know what the Bible teaches and are living accordingly? After all, the Bible is supposed to be a Christian’s “textbook for life.” It tells us our beliefs and how we should live our lives. Beliefs, behavior, and lifestyle should be consistent with one’s profession of faith.

We are not to call ourselves Christians and then compromise our beliefs with the world. If the Bible clearly states that something is wrong, then it is wrong, period! As someone once said, “When the Bible makes a statement with a period, don’t replace it with a question mark.” Compromise is really the same as conformity. There really is no in-between. As Christians, we are not to be conformed to the world’s ways and thinking but to be transformed by the renewing of our minds.

There are some recent examples of celebrities who have been very vocal about their Christian convictions. James Dobson of “Family Talk” is one who has refused to back down in the face of much resistance. The Benham brothers with the HGTV cancellation have made their Christian beliefs very clear. Then there is Steve Green of Hobby Lobby and Chick-fil-A CEO Dan Cathy, who have both spoken out for their Christian faith.

Others who claim to be Christians have seemed to have a total disregard for what the Bible teaches, if they even know. A member of the Christian band “Jars of Clay,” recently said, “I don’t particularly care about Scripture’s stance on what is ‘wrong.’ I care more about how it says we should treat people.” There was also the recent flip-flop of World Vision.

The culture is getting mixed messages about what a Christian is. Celebrities have a golden opportunity to have a testimony for their faith but some are giving way to accepted cultural beliefs. There is no such thing as a “perfect Christian” and that applies to each of us, but people who profess to be one and are in the public spotlight have a greater opportunity to communicate with huge numbers of people.

Unfortunately, some “Christian” celebrities have given the impression, or have come right out and said, that they either do not know what the Bible teaches or plain don’t care. If that is the case, they should not call themselves Christians. Others say they are Christians but then turn right around and support social issues that the Bible clearly teaches against, as was the case recently with country superstar Carrie Underwood. The ones that are taking a stand with uncompromising convictions are to be commended and supported. In every case, how many “celebrity Christians” have specifically stated that they have a personal relationship with Jesus Christ? Not very many. Celebrities either need to refrain from calling themselves Christians or take a bold stand against the beliefs and ways of the culture, and that can apply to each of us.

John Livingston Clark is 67 years of age and lives in central Washington State. He has written two published books, and two published poems. His initial book is called, " God's Healing Hope: Breaking the Strongholds of Wrong Thinking." His second book, released in December of 2016, is a motivational book written to seniors titled, " Seniors: Are You Retiring or Recharging?" Both books are available on amazon. You can also view his writings on www.faithwriters.com. John is available to speak on a variety of topics. Visit me at jclarkministries.com
Previous Sing A Song! Part II (Praise Comforts)
Next What It Takes To Be Happy