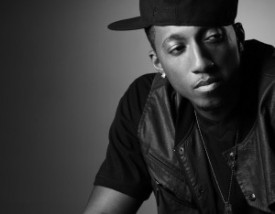 Disney is the king of family movies, whether you want to believe it or not–cartoons, animations, comedies and dramas. Disney movies have paved the way for family movie nights especially in the younger generations. Actually, it doesn’t even have to be a family night. There are plenty of times my wife and I will sit down, just us, and watch a Disney film.

If you don’t believe me, take Frozen as the latest example. Over a year since its release, people are still talking about it. I can tell you, as a parent, we still watch the movie at least twice a week. Everywhere I go, I hear the songs, “Let it Go,” and, “Do You Want to Build a Snowman?” being sung by young and old.

If I could be so bold, I believe music is one of the main reasons people love the movies so much. I can’t remember every line from my childhood favorite Disney movies, but I can quote most of the music: “Bare Necessity’s,” “A Whole New World,” “Circle of Life,” and my personal favorite, “Hakuna Matata.” Songs really make a movie.

But now, families will get the opportunity to sing a Christian artist’s song in an upcoming Disney movie. The movie is entitled, Bad Hair Day, and stars Leigh-Allyn Baker and Laura Marano.

Christian rapper, Lecrae, will have his single, “Nuthin,” from his hit album Anomaly featured in the upcoming television movie. The album was released last year and reached No. 1 on the Billboard Top 200, while also warranting a few Grammy nominations.

The song accuses other artists of talking about “nothing” in their songs while they name drop expensive name brands like Gucci and Versace.

Lecrae was quoted in a VIBE magazine interview last June saying, “Honestly, I’m so tired of the redundancy. The world needs artists that are willing to provoke. Let’s talk about issues: education, racism, faith, fatherlessness. These are the things that inform what I do.”

The rapper’s remarks about current music saying “nothing” with their lyrics tends to hold true in mainstream music. And this was the Lecrae’s intent. But that begs the question: Can some Christian music be accused of saying “nothing” but empty words?

Although graduating with a Communications degree from Liberty University in 2008, I took a long break from writing until finishing my Master's in Education this past year. I currently reside in Lynchburg, Va with my wife and two children. By day, I work in insurance and by night I am a writer. When not playing with my kids and spending time with my wife, I enjoy spreading God's word through my writing.
Previous Top 3 Reasons to Read the Bible
Next Made for Relationship