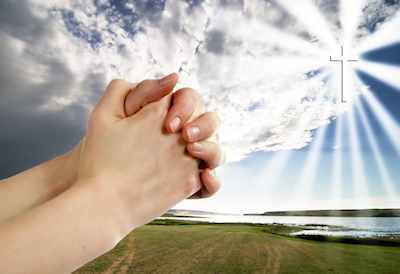 We long for connection. In fact, from infancy to geriatric age, those denied human touch actually “fail to thrive.”  Some literally die from broken hearts; others choose suicide when relationships fail.

We were made for relationship…with God! Created in His image, the very purpose of humanity was, is and always be relationship with God!  Christ prayed, shortly before his crucifixion, for unity among his followers.  How is that even Christian families are in shambles? How can churches split?  The key to lasting relationships with others, is a personal relationship with the Father.   Only when we rightly relate to God, can we understand how to relate to others.

The very same thing that separated us from the Father, separates us from others: sin.  Choosing our own way, preferring ourselves above others, breaks relationships.  Forgiveness restores relationships.  There is no sin done to us that is greater than our sin against God.  Humbly recognizing our selfishness and pride against God opens the way for us to receive the forgiveness that is in Christ.  That forgiveness becomes the ingredient we use in our relationships with others.  Restored to God and others, we fulfill our design and His desire!

Without forgiveness as the foundation of our life, we fulfill the desires of Lucifer.  The fingerprints of the devil first appeared in the Garden of Eden.  He successfully enticed Adam and Eve to step outside the will of God. Satan introduced feelings of shame, fear and vulnerability to humanity.  Accusations and excuses immediately flew from their mouths.

Blaming others instead of accepting responsibility for our actions is a personal survival mode that destroys relationships.  Criticism, blame and condemnation open the door for shame, resentment and bitterness…and a deadly cesspool of infection begins.

For our struggle is not against a human opponent, but against rulers, against authorities, against cosmic powers in the darkness around us, against evil spiritual forces in the heavenly realm. (Ephesians 6:12)

Sin did not surprise God.  It absolutely broke His heart because it separated His beloved creation from Him.  Yet, the LORD God, the pre-incarnate Christ who would die to restore those who betrayed Him, did not shame or condemn anyone.  He showed the way to restore relationships.

God sought those who rejected Him.  He called to them and asked them to see that what they did was already past. He invited them to step toward Him in faith.  That same call, that same hope, echoes through eternity.  Whatever our sin, His desire is that we give the sin to Him in exchange for mercy and grace.  He longs for us to receive forgiveness, so we can walk with Him again.

Blame and condemnation never help; they create shame that kills.   Grace, mercy and forgiveness are the tools that restore relationships.

Is God urging you to restore a relationship? We would love to pray with you as you use these tools.  It is not easy–but it pleases our Lord and brings His Kingdom to earth.

Billie Jo is wife to Craig and mom to Rusty and Riesa. Formerly employed in the human service industry, the past fifteen years have been dedicated to homeschooling. She is a freelance writer for a number of print and internet publications. She is also passionate about serving in the community. She works in a GED preparation ministry and a community-based servant program that provides opportunities for youth to serve others. It is passion for the love of Jesus and His transforming work that motivates her writing and serving. "I love to see God at work in the lives of others and this is the way I see best."
Previous Christian Artist, Lecrae, Featured in Disney Film
Next Our Hope: The Good Shepherd