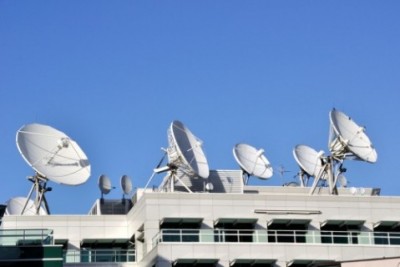 Daystar: A Tool in God’s Hands

Marcus and Joni Lamb are founders of what was formerly called “Daystar Television Network” now called Daystar. Their roots in the broadcasting industry started in 1984 when they launched (WMCF-TV) Channel 45 in Montgomery, Alabama. In less than one year they had built the channel to be the first full powered Christian station in the state. In 1990 after five years they sold the station to Trinity Broadcasting Network and then they moved to Dallas, Texas. They laid the groundwork for three years for their next venture. Then in 1993 Marcus Lamb and his Word of God fellowship bought a formerly defunct UHF station, called KMPX (Channel 29).

They ran Channel 29 for three years; then Kenneth Copeland Ministries in 1996 gave the Lambs a large donation. The Lambs in August 1997 purchased a station in Colorado and turned these two stations into a network.They moved into a 32,000-square-foot building which included production studios. Daystar was officially born on December 31, 1997 and has tripled in size since its inception. The network’s broadcast reached 200 countries and 670 million homes globally.

April, 2011 Daystar downsized their production studios located in Ashland, Kentucky; Houston, Texas and Denver, Colorado. This move turned these facilities into transmitters instead of production studios; combined with a reduction in technical staff led to an unknown number of lays off within the network. The network has been thriving and reaching households all over the globe in 2014.The network broadcasts programs of speakers and pastors from around the world. Three of their program offerings are:

Daystar is a chosen tool in God’s hands that He is using for His Glory around the world. The network continues to proclaim the gospel of Jesus Christ boldly and without shame.

Greg is a born again believer who testifies to the absolute transforming power of God's word. Greg has been called to full time ministry and He has known Jesus for most of his life. Greg received his degree in Pastoral Ministries from what was formerly Bethany University in Santa Cruz,California. View Greg blogs on iwriteforjesus.com. Greg has a book published on " To Jesus Christ the High Priest of my confession: A personal Testimony." find it on http://www.amazon.com/Christ-Priest-Confession-Personal-Testimony/dp/1507706847/ His testimony in short form is published in "Trials and Triumphs II" on http://www.amazon.com/Trials-Triumphs-II-FaithWriters/dp/1498416012/. This book is filled with 50 inspirational testimonies and is a project of Faith Writers.
Previous Forming a Foundation For Expectations
Next My Worth