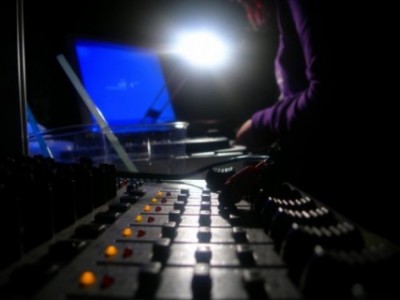 Christian hip-hop artist Lecrae has been making waves in the entertainment industry—in a God-honoring, unashamed kind of way. And he’s not about to stop.

Rachelle Star, founder of Scarlet Hope, a non-profit organization that shares home-cooked meals and the hope of Jesus Christ with dancers in 18 local strip clubs each week, bought 10 Rehab CDs and started to distribute them to the clubs her team frequented.

It started with a simple request. Having ministered to these venues for over six years, she went up to the DJs and asked them to play the music. There were some hiccups along the way (the owner was present to give permission or the club lacked the ability to play CDs), but she didn’t give up.

Her persistence paid off.

In one night, the DJ just kept letting the CD play. According to Rapzilla, “The DJ just let the CD spin. ‘Killa,’ ‘Divine Intervention,’ ‘Just Like You,’ ‘Gotta Know’ and part of ‘Used To Do It Too’ had played before a dancer’s song request stopped the run.”[2]

And by the end of the night, a troubled customer received prayer and went home with Lecrae’s CD.

The lyrics are influencing owners, DJs, dancers and customers alike. While some may be of the opinion that modern-day Christian music has strayed too far and is inappropriate in such an environment, the music is reaching those who need it most in the place they need it most.

The dancers, the owners, the DJs, the customers… they are all missing a relationship with Jesus. If they won’t walk through the church doors, shouldn’t we meet them where they’re at when we can?

Jesus went where no one else would go. Shouldn’t we do the same so long as it won’t compromise our faith or tempt us to sin?

The results speak for themselves. As a result of Scarlet Hope’s efforts, hundreds of women have left the sex industry in Louisville. How much more will Christian music propel their success forward?

Tell us: what do you think about Christian music being played in a strip club?

is a freelance writer and contract copywriter who lives in the seacoast region of New Hampshire with her husband, Eric-Thomas,of five years. She currently serves alongside her mother as the Marketing Director for God’s Girls Christian Store and More, a online retail store serving the southern New England region. Her work has been featured in several print and online publications, and she is the recipient of two Faithwriters’ Editors Choice Awards for her short stories, which are scheduled for publication in the Mixed Blessings series. Her first book, Fragile: 30 Days of Hope for the Anxious Heart, is now available at samanthaarroyo.com. She can be reached at [email protected].
Previous Food & Entertainment: Best Friends Forever
Next You Will Never Take My Heart!