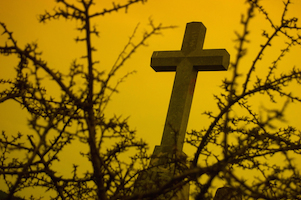 This tragedy is a bitter reminder that celebrities are not immune to trials, tribulations, or death. The passing of her mother, Whitney Houston, and pop star Michael Jackson, to name a few, are proof of this fact. With hit songs such as, “I Will Always Love You,” and, “I Look to You,” along with roles in movies such as, “The Bodyguard,” and, “Waiting to Exhale,” Whitney Houston definitely secured a spot in entertainment history. Though she’s no longer with us, she lives on through her only offspring, Bobbi Kristina Brown. Sadly, her legacy is in jeopardy as this only child is now hooked up to a life-support machine at Emory University Hospital in Atlanta.

Frankly speaking, famous people need Jesus too. The high and mighty are simply nothing without Him. Fame, power, and money still cannot buy life. These things may buy comfort and temporary happiness, but they are not enough to save lives, or enough to make a broken soul whole. “And there is salvation in no one else; for there is no other name under heaven that has been given among men by which we must be saved.” (Acts 4:12)

Since Bobbi Kristina was discovered unconscious, there have been a lot of new developments surrounding her adversity. According to People Magazine, Nick Gordon, her alleged husband, is not really her husband since there was no marriage certificate. Foul play is also being investigated since there are unexplained injuries on Bobbi’s body as well as the possibility of drug usage and destruction of evidence. An article on eonline.com also stated, “She had a bench warrant out for her arrest after she failed to appear in court for a traffic violation hearing.” Amidst so many speculations, there is no report of her relationship with God. There’s no news about her being a Christian or going to church.

Isn’t it amazing how, while all is well with us, there’s no mention of God or prayer? Often our heavenly Father gets no credit for the blessings and good fortunes in our lives. But when the misfortunes arrive, we dig Him out of the box in the attic or basement and start praying. We often ignore Him, especially during happy times, and depend on our own efforts. Blessed are we that God doesn’t treat us as we treat Him. He loves us, provides for us and protects us, even when we don’t deserve it.

“What is mankind that you are mindful of them, human beings that you care for them?” (Psalm 8:4) “Until now you have asked nothing in my name. Ask, and you will receive, that your joy may be full.” (John 16:24)

Are you thankful to God everyday for the good things in your life? Are you able to thank Him in all circumstances? (1 Thessalonians 5:18) What is your testimony to the world when you face struggles?

Amelia Brown is from the beautiful island of Jamaica. She is a 28 year old Guidance Counselor by profession, but a passionate writer at heart. Most of her articles written are aimed at stimulating positive change under the guidance of the Holy Spirit. She is also a published poet and a member of Faithwriters. Outside of writing, she enjoys volunteering, cooking, and turning frowns right side up. Amelia currently lives in New York.
@ameliambrown
Previous Calibrating Your Moral Compass
Next The Devolving of Our Minds: Losing The Art of Thinking